Plenary Session 5: Reporting from the Forum and Agenda for the Future 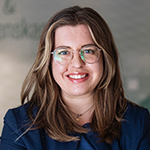 Alice has a long history of organizational commitments in the youth movement and specializes in citizen participation in democratic processes. Alice has worked with youth policy on multiple levels, from grassroot organizations and local group to international institutions. In her Masters thesis she investigated how young people express political participation and citizenship through media use, giving insight in how democratic structures of today are being influenced by the development of digital technologies. 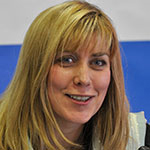 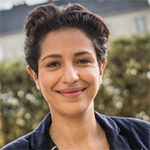 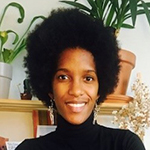 Sarah Diedro Jordão is a Communications Strategist, a Social Justice activist, a Podcast producer and an educational workshop creator. She's a former UN Women Youth Ambassador and recently served as an advisor to the North-South Center of the Council of Europe on Intersectionality & inclusive policy-making. Throughout this year’s edition, Sarah was one of the official moderator for the World Forum for Democracy of the Council of Europe where she interviewed young climate activists, researchers and experts about the various aspects of the climate-related topics in relation with democracy. 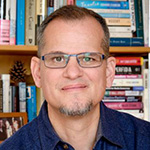 Tim builds on the organization’s grassroots and policy work to promote universal access to open networks, defend acts of journalism and protect free speech everywhere. Before joining Free Press, Tim served as the vice president of business development for Globalvision New Media and the executive director of MediaChannel. He worked throughout Southeast Asia as an editor, reporter and photojournalist for the Associated Press, The New York Times, Time, Inc., and Australia Consolidated Press. His criticism, analysis and reporting on the media and media policy have been featured in USA Today, The Guardian, Time, MSNBC, The Chicago Tribune, HuffPost, The Japan Times, The Jakarta Post, Al Ahram and dozens of other publications worldwide.