Plenary Session 3: Public or private: what role for which sector? 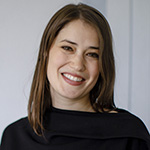 Valerie Hopkins is the New York Times' Moscow correspondent. Until recently, she was South-East Europe Correspondent for the Financial Times with a base in Budapest. Before moving to Moscow, Valerie spent a decade covering the Balkans. Her work has also appeared in The Guardian, The Atlantic, The Washington Post, Foreign Policy, Mother Jones, Politico Europe and elsewhere. She has an M.A. in journalism from Columbia University and a B.A. in International Relations from the College of William and Mary. Born in 1958 in Monaco, H.S.H. Prince Albert II is the Sovereign Prince of the Principality of Monaco, one of the smallest but most prosperous countries in the world. He is the son of Prince Rainier III and American actress Grace Kelly. He graduated in 1981 from Amherst College MA. He accomplished a military training period within the French Navy in 1982 on board the Helicopter Carrier “Jeanne d’Arc”. Prince Albert II succeeded His father in July of 2005. In 2006, he launched His foundation “Prince Albert II of Monaco Foundation” dedicated to fight climate change, preserve water and defend biodiversity. Earlier that year He traveled by dog sled to the North Pole raising public awareness on the danger of climate change and global warming. In 2009, He spent three weeks in Antarctica visiting scientific stations. As Head of State and President of His Foundation, Prince Albert II has been honored by numerous prizes from organizations around the world for His contribution and actions in favor of the protection of our environment. Following the policy engaged by His father, Prince Rainier III, Prince Albert II is committed to ethics and transparency regarding the economic development in Monaco, His country complying with all the international standards. 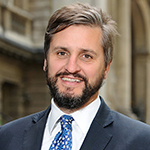 Previously he joined the Rockefeller Foundation in August 2013 to shape and oversee the creation of 100 Resilient Cities (100RC). He served as the 100RC President from 2013 to 2019. The cities in the 100RC network created more than 80 holistic resilience strategies, which have outlined over 4,000 concrete actions and initiatives, resulting in more than 150 collaborations between private sector and public sector to address city challenges, including $230 million of pledged support from platform partners and more than $25 billion leveraged from national, philanthropic, and private sources to implement resilience projects. From 2005 to 2013 he worked at Deutsche Bank, as the global head of Operational Risk Management, where he oversaw the firm’s operational risk capital planning efforts and connected the myriad operational risk management efforts group-wide. From 1998 until 2005, he was Deputy Commissioner at the Office of Emergency Management in New York City. He worked on planning initiatives, including the city’s Coastal Storm, Biological Terrorism and Transit Strike plans. He also responded to major incidents including the crash of American Airlines 587, the 2003 Northeast blackout, as well as the 2001 World Trade Center disaster. 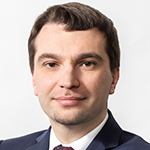 Mikhail Galperin graduated with honours from the Saint Petersburg State University and the University of London majoring in law. Between 2004 and 2009 he worked as a lawyer in Ernst & Young and Chadbourne & Parke international firms. From March 2010, Mr Galperin held various positions in the Ministry of Justice of the Russian Federation, including Deputy Minister in charge of economic legislation and local governance (from 2015). In 2017-2021 Mr Galperin was the representative of the Russian Federation in the European Court of Human Rights - Deputy Minister. Mr Galperin is Doctor of Science in Law and Professor of International Law in the Higher School of Economics (Moscow). He has published over 50 articles on commercial, international law, civil procedure and dispute resolution issues. The Canadian Ombudsperson for Responsible Enterprise

Sheri Meyerhoffer was appointed as Canada’s first Ombudsperson for Responsible Enterprise in April 2019. She then established the office of the Ombudsperson at the beginning of May 2019. Sheri is a Canadian lawyer with seventeen years experience in the upstream oil and gas industry, and thirteen years experience in international governance, rule of law and human rights. She has worked in Bhutan, Bolivia, Cuba, China, India, Jamaica, Myanmar, Nepal, Russia and the USA, has a Juris Doctor from the University of Saskatchewan, and is a graduate of the Harvard Kennedy School with a Master in Public Administration and Certificate in Management, Leadership and Decision Sciences. Ms. Meyerhoffer has the mandate to review alleged human rights abuses arising from a Canadian garment, mining or oil and gas company’s operations abroad, make recommendations, monitor those recommendations, recommend trade measures for companies that do not co-operate in good faith, and report publicly throughout the process. Special Representative on Gender Issues of the OSCE, Chairperson-in-Office and president of the “Institutum Virtutes Civilis” Association, Chisinau

Mrs Palihovici is the Special Representative on Gender Issues of the OSCE Chairperson-in-Office. She is a former MP and served as Deputy Speaker of Parliament of the Republic of Moldova since 2010 till May 2017. Between April 25 and May 30, 2013, she held the position of Interim President of the Parliament of the Republic of Moldova. She was a member of the Standing Committee for national security, defence and public order and proudly served as the Head of the national delegation to the Parliamentary Assembly of the Council of Europe (PACE) and Vice-President of the PACE. Mrs Palihovici also served as the Chairperson of the Committee for social protection, health and family. Since November 2017 , Mrs Palihovici is the president of the “Institutum Virtutes Civilis” Association, based in Chisinau, active in promoting participative democracy, advancing policies in the field of human rights, good governance, and civil society development. She has significant experience in parliamentary development, parliamentary diplomacy and negotiations, improving legislative framework and facilitation of consultations processes with key actors from different fields, and especially on the transparency of the decisional processes. As a legislator, she was a vocal advocate for the women, child, and human rights issues. She had a strong focus on increasing the state support for the development of civil society organizations and their involvement in monitoring and evaluation of the public policy implementation. Mrs Palihovici was the co-founder of the Women’s Caucus in the Moldovan Parliament and the Women Democracy Network branch in Moldova. Since 2019, she is a member of the UN Women Europe and Central Asia Regional Civil Society Advisory Group. She is a mentor for many women that launched their political activity and starting with 2018 she leads the Academy for Women Leadership, which works on empowering a new generation of women for civic and political participation. Mrs Palihovici has a master’s degree in law and International Relations. Her doctorate research topic is " The impact of the  dialog between public administration and civil society on the quality of governance". She graduated the Harvard Kennedy School “Women in politics” Program and Draper Hills Summer Program of the Stanford Center on Democracy, Development and The Rule of Law.