Lab 1 - More heads are better than one: Citizens’ Assemblies on climate

Sponsored by the Région Grand Est

Amidst growing public scepticism of the capacity of democratic institutions to quickly and effectively respond to the climate emergency, Citizen’s Assemblies offer a different, more deliberative approach to environmental decision-making; one that can potentially restore trust between the people and their governments.

How exactly do the Citizen’s Assemblies allow for reconciliation between citizens and politicians and help them to find joint solutions to environmental issues? In the context of climate change, how do we make sure that the outcomes of such participatory processes are swiftly taken into account and also implemented over the long term given the limited time that sitting politicians have at their disposal?

The Citizens' Climate Convention is an unprecedented democratic initiative born after the Yellow Vests crisis. Spurred on by the "Gilets citoyens" collective and mandated by the President of the Republic, the citizens' convention brought together 150 citizens chosen by lot and constituted as a citizens' assembly, to formulate proposals to combat climate change. Its mandate is to define measures to achieve a reduction of at least 40% of greenhouse gas emissions by 2030 in a spirit of social justice. 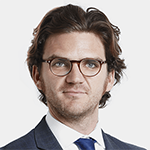 Former consultant for the World Bank in Benin and Kenya, then collaborator of elected officials in the French Senate and in Benin, he decided in 2016 to launch a citizen's lobby, called Echo, a project supported by Open Democracy's acceleration programme, System D. He became co-president of Open Democracy in 2019.

How can democracy deliver on environmental justice, Belgium

Since 2006, the European Network of Political Foundations (ENoP) serves as a platform for dialogue and exchange between the European political foundations, civil society organisations, active in the fields of democracy support and development cooperation, and the institutions of the European Union. The session will focus on the interlinkages between democracy and climate action, tackling the often-heard argument that democratic systems cannot act fast enough to address environmental degradation – very much in contrast to authoritarian systems that, allegedly, can impose top-down environmental protection. Special consideration will be given to innovative ways how local authorities and CSOs can take action on their own, circumventing national governments that may not be willing to increase ambition in the combat against climate change. As such, the event will bring different stakeholders together and highlight the critical importance of working with civil society, local authorities and political as actors of democratic participation, that can jointly shape climate policies. 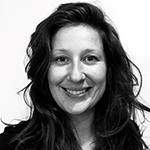 Vilija Navickaitė works as a Programme officer at Swedish International Liberal Centre (SILC) in Vilnius Multiparty Centre. Over the past 5+ years, she has been involved in research and project implementation in the fields of cooperation, creative and critical thinking, community building, human rights, and democratic processes in Belarus. Navickaitė is a PhD candidate at Vilnius University Institute of International relations and political science, a board member of association ‘Creative Connections” and European Platform for Democratic elections (EPDE). Democracy and human rights activist, Vilija is also a passionate culture, arts, and creative learning explorer, published traveller

He is the Network Coordinator of the European Network of Political Foundation (ENoP) and currently serves as Programme Director of the Multinational Development Policy Dialogue (MDPD) at the Brussels Office of Konrad-Adenauer-Stiftung (KAS). In this function he oversees projects on Democracy/Development, Security/Multilateralism and Climate and Energy. Mr. Schrey previously worked in South-East Asia where he specialised in advising on political party and parliamentary reform processes, decentralization and media reforms. He is a qualified Development Economist and Political Scientist, Political Consultant and Project Manager with experience in managing complex development projects in Europe and Asia.

We are Suffocating (Gavigudet), Georgia

We are Suffocating (Gavigudet) is a local civic movement that started in the spring of 2018 with the goal of improving the air quality in Rustavi, Georgia. Rustavi is an industrial city where we have to breath bad or terrible quality air 280 days out of the year on average, because the vast majority of manufacturing sites don't abide by the air protection requirements. We believe that it is all thanks to social engagement, backing from our donors, and our own drive that we have accomplished the following three milestones so far: 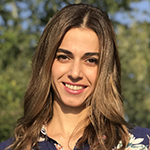 Leader of the environmental movement Gavigudet (We are Suffocating)

Tinatin Maghedani is the leader of the environmental movement Gavigudet (We are Suffocating) and founder of Eco Centre. She has the Bachelor’s degree in Political Science and a Master’s degree in Public Administration from Tbilisi State University. At different times she has studied at the University of Vilnius and at the University of Pavia. In 2016-2018 she was Communications Manager at Civic Education Lecturers Association; In 2018-2019 worked at the Ministry of Economy and Sustainable Development of Georgia; In 2019-2020 was Projects Manager at Democracy Research Institute. Tinatin has teaching and journalistic experience.

XR GS PartDem is contributing to Extinction Rebellion’s Third Demand on Citizens’ Assemblies by supporting the creation of a worldwide network of XR and non-XR groups in order to efficiently share experiences and best practices on Citizens’ & Peoples’ Assemblies: With this we aim to nurture the growth of deliberative participatory democracy globally. About 70 people from 25 countries in all continents are members of XR GS PartDem, with a small but active coordination crew of 5 people. We are facilitating events at all levels by providing impartial training, facilitation, materials, and assistance for everyone to run their own assemblies while also contributing to other local, national and global assemblies in various forms. Through co-creative collaboration, we strive to evolve these democratic concepts for ensuring transparency and the independence of processes & outcomes to amplify the voices of citizens 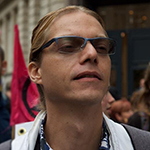 He is a project director for two sister NGOs and sits in the board of supervisors of one science foundation in Germany and one women & children foundation in Africa. With a Master Degree from the UN-mandated University for Peace and another Master from the UNESCO Chair of Peace Studies at the University of Innsbruck, Sven has been coordinating climate change mitigation projects and research for NGOs & universities across the globe. Seeing the dire impact on people, paired with inadequate funding for NGOs to help, compelled Sven to exert more pressure through XR. 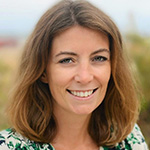 She is head of Démocratie Ouverte’s Democracy Index Initiative and co-leads, for the World Resources Institute, a global project on democratic innovation for climate action. She is currently writing a report on citizens’ assemblies and the climate emergency. She has worked with governments and global organizations on sustainable development and climate policies over 15 years. She served as head of WRI SDG – climate justice team, EU and global affairs advisor to the French Environment Minister and coordinator of the French inter-ministerial task-force for the UN 2030 Agenda and the SDGs. 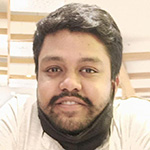 A volunteer for an urban youth movement concentrating on nurturing young leaders through a journey of civic action in communities and following a deep democratic process of 100% consent (Sarv-anumati) for its internal functioning. I am anchoring the Campaigns and Events vertical of the movement which facilitates a connection and interaction between the alternative communities. 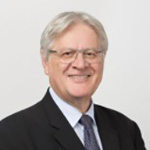 Stefan Schennach (Austria, SOC) is a member of the Austrian Federal Parliament and General Rapporteur of the Parliamentary Assembly of the Council of Europe on media freedom and safety of journalists. Between 2018 and 2020, he was Chairperson of the Committee on Social Affairs, Health and Sustainable Development.