Violence against women, including domestic violence, is one of the most serious forms of gender-based violations of human rights. It deprives women of their ability to enjoy fundamental freedoms and represents a serious obstacle to equality between women and men. According to prevalence studies, if all forms of violence against women are taken into account, around 45 percent of women experience violence.

The Ukrainian Constitution guarantees equal rights for women and men, and the country has made significant advances in ensuring equality between women and men however, Ukrainian women still face discrimination at legal, policy and practice levels. The legislation is inconsistent which added to the lack of available data, results in the low effectiveness of measures aimed at combating violence against women. Lack of cooperation between various bodies and services makes it impossible for victims of violence against women to receive assistance.

Ukraine signed the Istanbul Convention on 7 November 2011. The purpose of the project is the ratification of the Istanbul Convention by Ukrainian authorities, including the preparation for the ratification and its implementation. The main aim of the project is to provide the Ukrainian authorities with an accurate picture of what the state of affairs is in these three areas (law, policy and practice), and what needs changing in order to improve the situation and comply with Council of Europe standards, notably the Istanbul Convention, to prevent and combat violence against women and domestic violence as a pervasive human rights abuse. 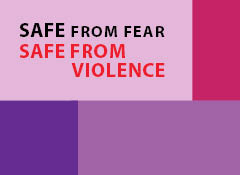