Greek Chairmanship: Strasbourg inaugurates a tramway train in the colours of the Hellenic flag

русский
Chairmanship of the Committee of Ministers Strasbourg 19 June 2020 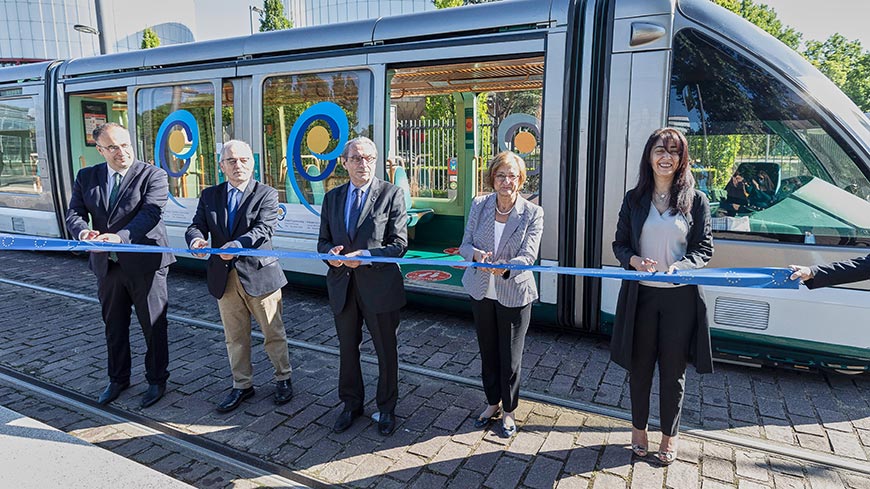 Since 15 May, Greece has taken over the Chairmanship of the Committee of Ministers from Georgia.

The Council of Europe and the City of Strasbourg marked the handover on 18 June by inaugurating, at the “Human Rights” station, a tram train in the colours of the blue and white flag, and by raising the Greek flag in front of the City Hall.

The ceremony took place in the presence of the Mayor of Strasbourg, Roland Ries, the Deputy Secretary General of the Council of Europe, Gabriella Battaini-Dragoni, the Permanent Representative of Greece, Panayiotis Beglitis, the Permanent Representative of Georgia, Irakli Giviashvili, and the Deputy Mayor in charge of European and international relations, Nawel Rafik-Elmrini.

The Greek Chairmanship emphasises the value of human life and public health under pandemic conditions and the effective management of a health crisis with full respect of human rights.

Speech by  the Deputy Secretary General of the Council of Europe, Gabriella Battaini-Dragoni