Presidency of the Committee of Minister Strasbourg 11 July 2022 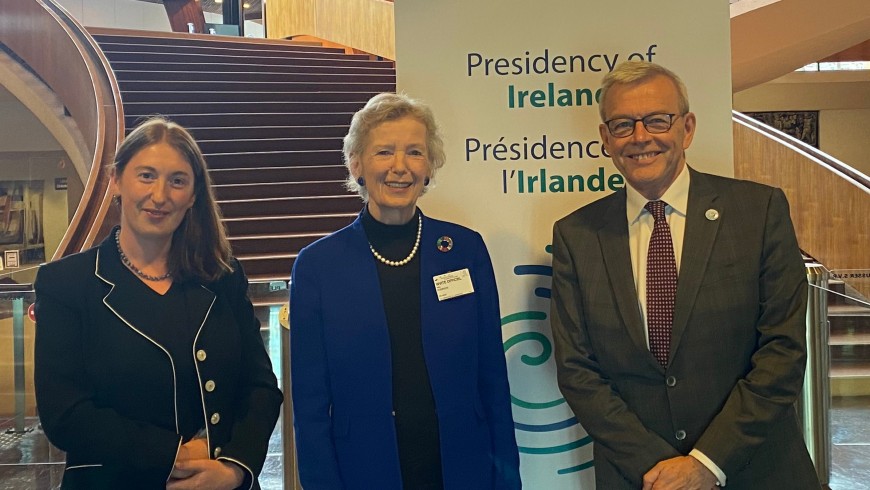 The Group held its first meeting on 29 June in Strasbourg, with Ms Robinson and Mr Venizelos elected as Chair and Rapporteur respectively.

It will next meet in Paris on 5 September. The Irish Presidency looks forward to the Group’s report, which will be released in early October, and provide valuable contribution on possible agenda for a fourth leaders’ Summit and the Council’s role in supporting Ukraine.

The Parliamentary Assembly of the Council of Europe (PACE) has separately established an ad-hoc committee comprising the 12 committee chairs to engage with the High-Level Reflection group. Head of the Irish PACE delegation Senator Fiona O’Loughlin has been elected chair of this committee.