Ireland marks the start of its Committee of Ministers Presidency 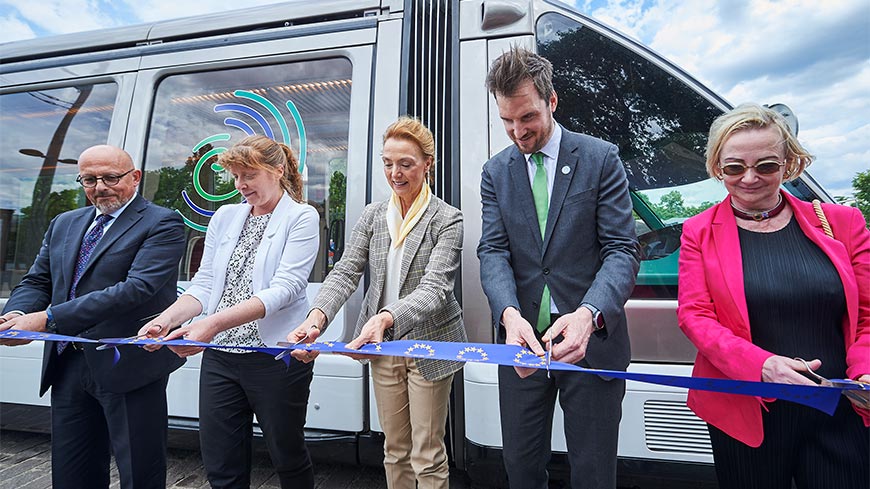 On 20 May Ireland took over the rolling six-month Presidency of the Council of Europe's Committee of Ministers, at a meeting of foreign ministers held in Turin, Italy, to mark the end of the Italian Presidency. This week in Strasbourg Ireland celebrated the start of its Presidency by inaugurating a tram decorated in the Irish national colours and its Presidency logo.

The ceremony took place next to the European Court of Human Rights, at the tram stop, "Droits de l'Homme". On the same day the Irish flag was raised in the city centre (Place de la République).