Exchange of Views on Cyberviolence Against Women and Girls 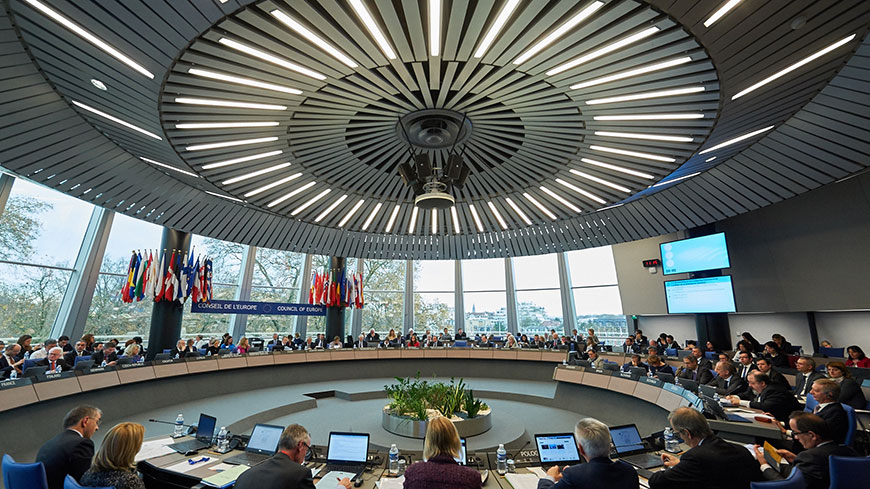 Informal exchange of views at the level of Ministers’ Deputies was held on 12 December 2019 in Strasbourg, on cyberviolence against women and girls, within the framework of the Georgian Presidency of Committee of Ministers of the Council of Europe.

Mr. Irakli Giviashvili, the Permanent Representative of Georgia to the Council of Europe, President of the Ministers’ Deputies opened the event. In his speech, the President of Ministers’ Deputies highlighted the significance of combatting violence against women and girls and underlined the priority of this issue in the context of the Georgian Presidency. He also spoke about awareness-raising activities organized by the Council of Europe's Gender Equality Section within the 16-day campaign against gender-based violence and the link between such activities and crime prevention. Irakli Giviashvili noted that cyberviolence against women and girls is a relatively new phenomenon, largely driven by the rapid development of information and communication technologies.

Within the event, presentations were held by Iris Luarasi, first Vice-President of the expert group on Preventing and Combating Violence against Women and Domestic Violence (GREVIO), Adriane van der WILK, author of the study “Cyberviolence and Hate Speech online against women” and Ute Zilling, representative of the Federal Association of Women’s Counselling and Rape Crisis.

Speakers discussed the issue in light of Istanbul Convention, and touched other instruments of the Council of Europe dealing with the issue of cyberviolence against women (for example, recommendation of the Committee of Ministers on sexism adopted in 2019). Speakers also touched upon the challenges of protecting victims and prosecuting offenders.Following the presentations, substantial discussion was held between the participants. In conclusion, the issues discussed at the informal meeting of the Ministers' Deputies were summarized by Mr. Irakli Giviashvili, President of the Ministers’ Deputies.