Council of Europe in focus at the Association of Irish Local Government, 14-15 September 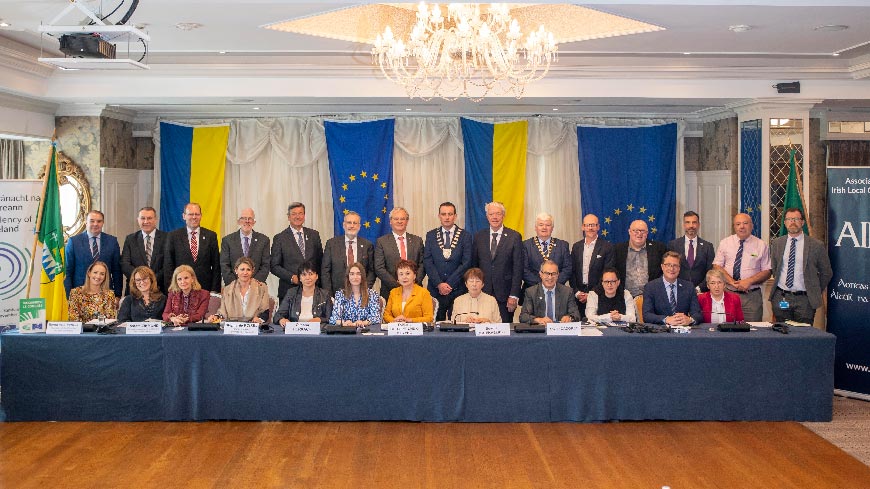 As part of Ireland’s Presidency of the Committee of Ministers, the Association of Irish Local Government (AILG), which co-ordinates Ireland’s delegation to the Congress of Local and Regional Authorities (CLRAE), will devote its Autumn Training Programme to the Council of Europe.

From 14-15 September, more than 300 local councillors and political leaders will gather in Trim, Co. Meath to reflect on the themes of the Irish Presidency: support for democracy and human rights, youth democratic participation, and equality and inclusion. The AILG previously co-hosted the CLRAE Bureau in Kerry in mid-June, and undertook a study visit to Strasbourg later that month.

Bernd Vöhringer, President of the Chamber of Local Authorities of the Congress, will address the European dimensions of local government on a panel moderated by Cllr Jimmy Moloney, head of Ireland’s CLRAE delegation. Leo Galvan, an Irish participant in the Council of Europe’s Youth Action Week in June will be one of the speakers on the topic of recognising young people as community leaders and active citizens. Senator Fiona O’Loughlin, head of Ireland’s PACE delegation, will moderate a panel on the topic of equality, inclusion and diversity.