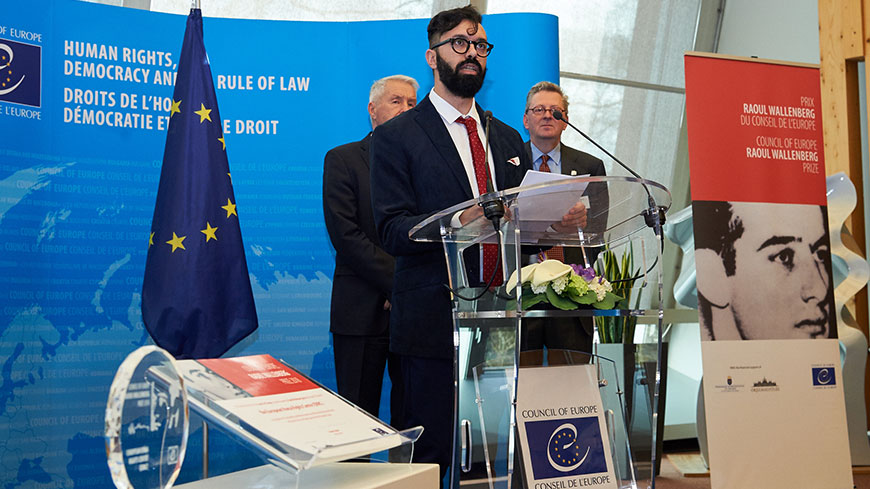 The Budapest-based organisation European Roma Rights Centre (ERRC) has received today the Raoul Wallenberg Prize of the Council of Europe for successfully challenging discrimination, anti-Romani racism and rights abuses of Roma through innovative litigation, evidence based research and policy development.

On this day in 1945, Raoul Wallenberg, a Swedish diplomat who used his status to save tens of thousands of Jews from the Holocaust, was arrested in Budapest. The Prize instituted in 2012 by the Council of Europe at the initiative of the Swedish Government and the Hungarian Parliament, is meant to keep his memory and outstanding achievements alive.

Thorbjørn Jagland, Secretary General of the Council of Europe, said when awarding the 10,000 EUR prize to Ðorđe Jovanović, the ERRC Director: “While it is a matter of regret that individuals and communities in our continent are still subject to abuse and mistreatment, it is right that prizes like this highlight problems that might otherwise be overlooked – and recognise those who have gone to extraordinary efforts to counter them.”

As a Roma-led public interest law organisation with the staff being majority Roma, the ERRC has proven both relentless and effective in combatting anti-Romani racism and human rights abuses in many countries, he added. 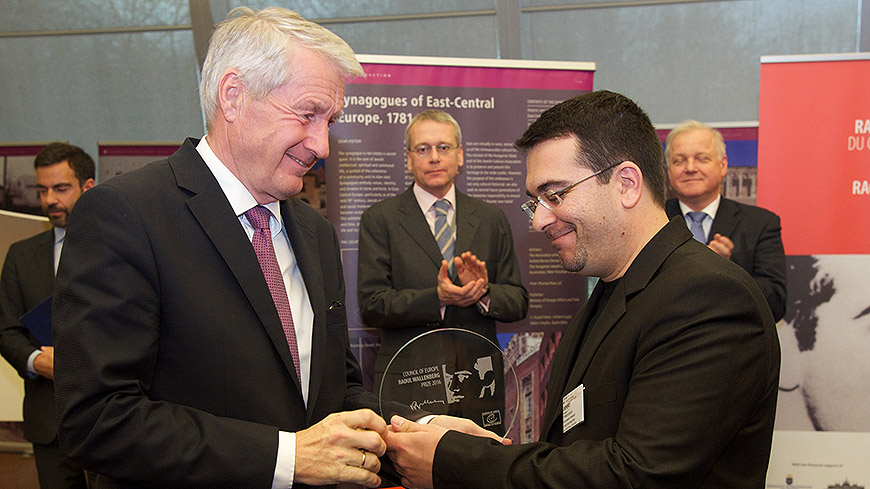 Today, a Greek association Agkalia from the island of Lesvos has received the Council of Europe’s Raoul Wallenberg Prize 2016 Prize for outstanding achievements in providing frontline assistance to thousands of refugees irrespective of their origin and religion.

As Lesvos has become a European gateway for refugees, Agkalia has been providing temporary shelter, food, water and medical aid to people in need, assisting some 17,000 refugees and migrants since May 2015. Through its work to assist refugees, Agkalia also promotes tolerance and human rights.

Founded by Father Efstratios (“Papa-Stratis”), who passed away in September 2015, Agkalia has continued to gain steady support as its devoted associates pursue the Father’s endeavour.

“As a small and flexible local organisation based on volunteers, Agkalia sets a leading example of effective action by European civil society on the burning global issue”, stated Secretary General Thorbjørn Jagland during the award ceremony. “Agkalia makes a real difference for the people who reach the island after a dangerous sea crossing. Its activities reflect the fundamental values of the Council of Europe and contribute to its work to promote and protect human rights in Europe and beyond.”

“Only humanism and tolerance can bring better days to Europe in this dark moment,” said representative of the Agkalia association Georgios Tyrikos-Ergas in his speech during the ceremony. “The European people, volunteers from so many nations who responded to our call for help set the example of how this can be achieved – through solidarity. Utopia or not, we have seen it happening in Greece with our own eyes”.

The Council of Europe Raoul Wallenberg Prize worth 10,000 Euro was established in 2012 at the initiative of the Swedish Government and the Hungarian Parliament. The first prize, which is biennial, was awarded in January 2014 to Elmas Arus, Turkish film director of Roma origin. 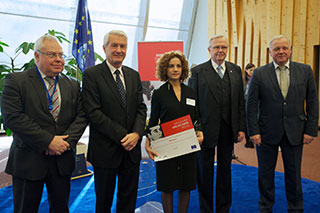 The first Council of Europe Raoul Wallenberg Prize was awarded to Elmas Arus, a young Roma film director from Turkey , during a ceremony on 17 January in Strasbourg. The prize recognises Ms Arus' outstanding contributions to raising awareness about the conditions of the Roma people in Turkey and elsewhere.

Between 2001 and 2010, Ms Arus and a group of volunteers visited more than 400 Roma neighbourhoods in 38 cities in Turkey. They produced 360 hours of documentation, and she created an hour-long documentary on the challenges of the different Roma groups in Turkey. Subsequently, Ms Arus established the "Zero Discrimination" Organisation, which has paved the way for other similar groups: there are now over 200 Roma associations in Turkey. Her work has played a crucial role in the elaboration of the Turkish government's "Roma opening" policy of 2009. 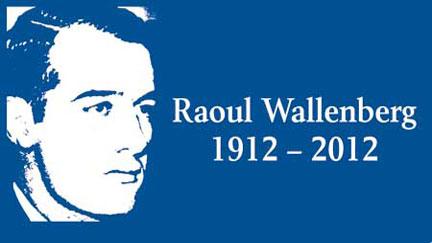 Strasbourg, 2 October 2012 - In Budapest 1944, Swedish diplomat Raoul Wallenberg saved tens of thousands of Jews from the Holocaust. His actions show that one person's courage and ability can really make a difference, offering inspiration to us all to speak out and indeed to act against persecution, xenophobia and anti-Semitism.

The Swedish government has decided to commemorate the centenary of Raoul Wallenberg's birth, honouring his memory with various events and activities both in Sweden and internationally.