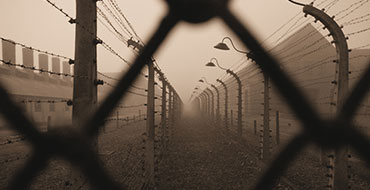 On the 77th anniversary of the liberation of the Auschwitz concentration camp, the Council of Europe is marking the International Day of Commemoration of the victims of the Holocaust.

Secretary General Marija Pejčinović Burić paid tribute to those who lost their lives.

“Today, we remember the horrors of the Holocaust. In doing so, it is important to remind ourselves of how the terror started. What became the Shoah did not start with physical attacks. It began with … hateful words, slander, and conspiracy theories that fed on anti-Jewish sentiment that had long existed in parts of Europe.”

On behalf of the Parliamentary Assembly of the Council of Europe (PACE), President Tiny Kox warned that vigilance was needed to prevent future tragedies.

“We all have the obligation to make sure that this can and will never ever happen again. Many of those who survived the Holocaust made it their mission in life to tell the world what they experienced. And it’s all the more important to continue to do so, because anti-Semitism did not end after the Second World War. Today, starting from the dark corners of the Internet, xenophobia and anti-Semitism are once again on the rise. We need urgent action to tackle it now.”

The Italian Ministry of Foreign Affairs and International Co-operation, currently holding the rotating Presidency of the Committee of Ministers, said “The memory of the tragedy of the Shoah must guide us in our ongoing efforts to build ever more inclusive and tolerant societies based on full respect for the dignity of every human being. The understanding and knowledge of the Shoah, and the fight against any form of denial and distortion of this terrible tragedy, are indispensable elements for preserving the founding values of the Italian Republic and the European project”.

In a video message to mark the Day of Commemoration, French President Emmanuel Macron praised the engagement in the ongoing fight against anti-Semitism of the Council of Europe’s Secretary General and its PACE parliamentarians.

Later today, Council of Europe leaders will lay wreaths at the Holocaust memorial in front of the Palais de l’Europe. This will be followed by a special event at the start of its Parliamentary Assembly’s afternoon session.