Marcelo Rebelo de Sousa: ‘The Council of Europe's pan-European heritage must be preserved’ 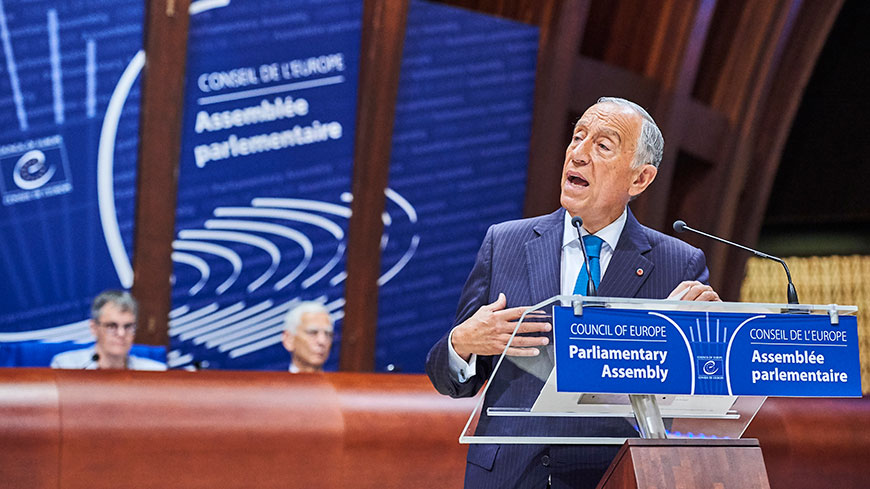 “Portugal has owed the Council of Europe a permanent inspiration since 1976, on which our democratic consensus has largely been based, which requires a long-term commitment, a permanent requirement of institutions and citizens,” said Marcelo Rebelo de Sousa, President of Portugal, speaking today before the Assembly. “Everything must be done to preserve and deepen the Council of Europe's pan-European heritage and to give it the means and resources it needs to fulfill its irreplaceable mission,” he added.

Referring to the values and principles, the Portuguese President considers it essential to discern what must be preserved and what must be reformed with a vision for the future”, considering as 'untouchable', the dignity of persons, their fundamental rights and duties, the rule of law, the separation of powers, the independence of the courts, the freedom and authenticity of citizens' voting, pluralism of expression, freedom of belief, tolerance and non-discrimination.