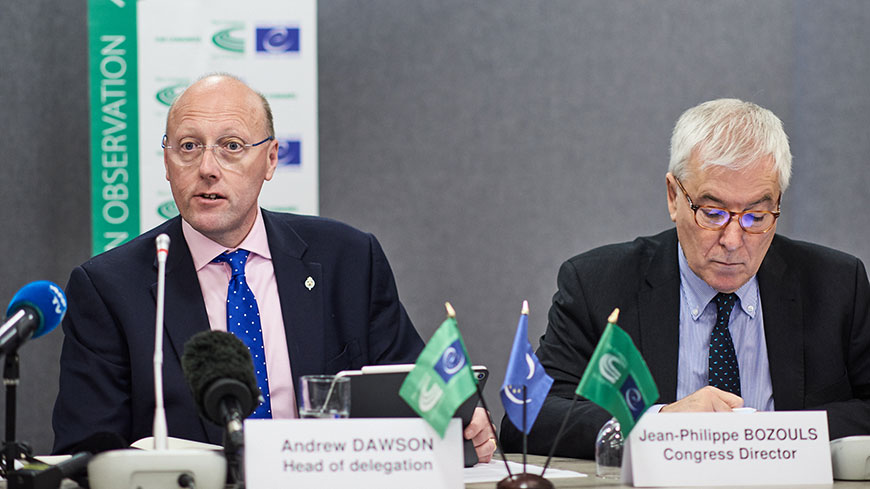 A delegation from the Congress of Local and Regional Authorities of the Council of Europe, led by Andrew Dawson (United Kingdom, CRE), Rapporteur and Head of the delegation, observed the re-run of the mayoral election in Istanbul on 23 June 2019. At the invitation of the Turkish authorities, 14 observers from 13 different European countries visited some 90 Ballot Box Committees in about 30 districts of Istanbul.

"The Congress teams had credentials provided by the Supreme Electoral Council of Turkey and were largely welcome to observe the voting procedures, although in a few isolated cases they faced aggressive attitudes towards them," said the Head of the delegation at a press conference today in Istanbul.

"Today, we can say that in the vast majority of the polling stations we visited, the members of the Ballot Box Committees performed their duties competently and in compliance with the applicable rules," he added, welcoming the organisational effort with more than 60,000 Bashkans and Vice-Chairs of Ballot Box Committees, and nearly 125,000 people trained in electoral procedures. "Technically speaking, overall, the voting was conducted in an orderly manner for the majority of the 10.5 million voters," he added, noting that several thousand lawyers were reportedly deployed by political parties to provide immediate legal advice.

"Democratic elections are not limited to counting votes. They imply respect for the will of the people and the intention of the individual voter, ensuring that all candidates have the same fair and equal opportunities," Mr. DAWSON recalled. "Above all, it means respect for the Council of Europe's fundamental values: democracy, the rule of law and legal security, as well as human rights, freedom of expression and freedom of the media," he stressed.