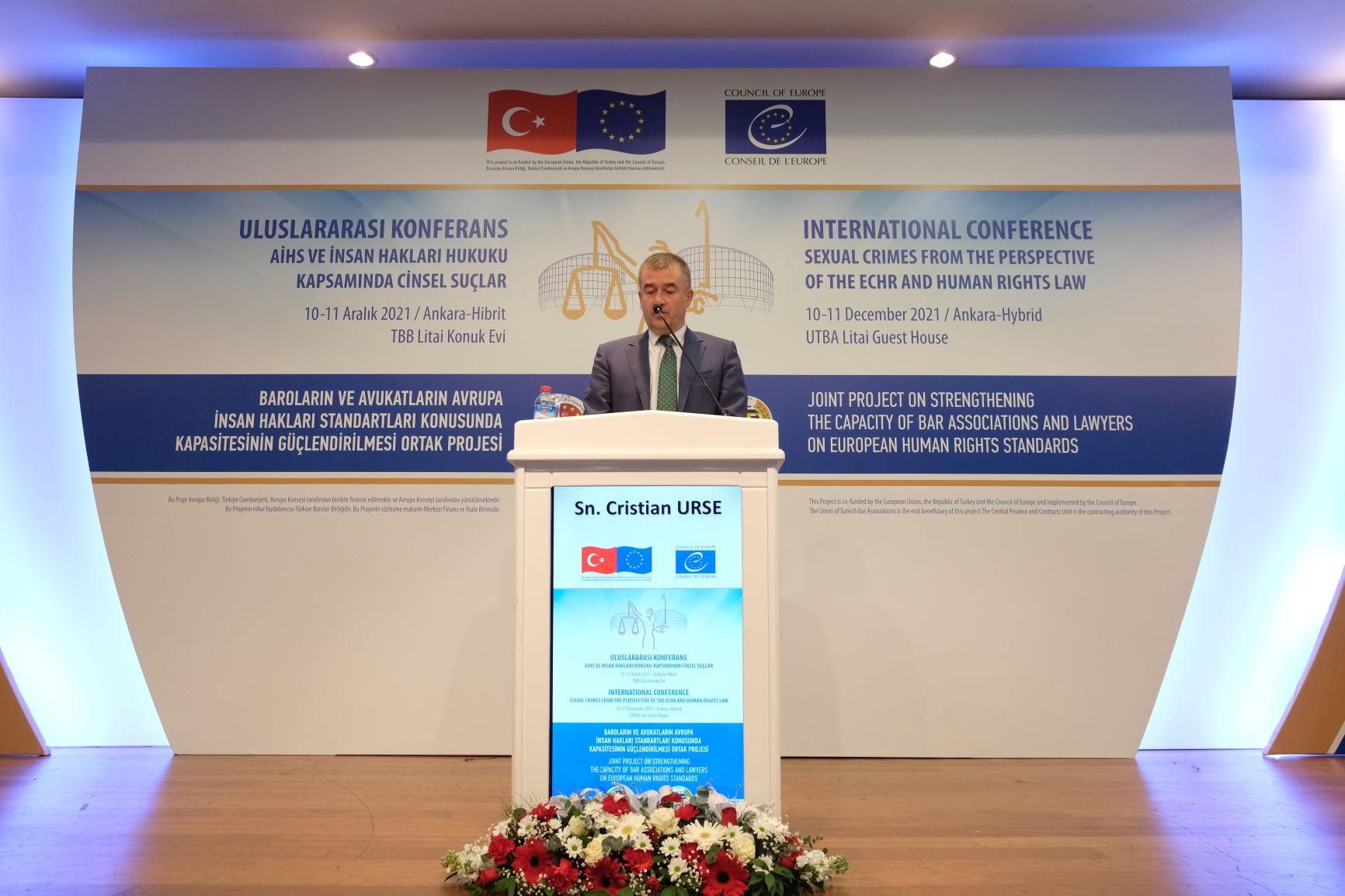 The International Conference of the EU-Council of Europe Joint Project “Strengthening the Capacity of Bar Associations and Lawyers on European Human Rights Standards” was conducted on 10-11 December 2021 in a hybrid format, where the opening speeches were delivered by the Head of Ankara Programme Office of the Council of Europe and the Head of the Union of Turkish Bar Associations. Representatives of the Council of Europe, the Union of Turkish Bar Associations, Delegation of the European Union to Turkey and Ministry of Foreign Affairs-Directorate of EU Affairs attended the event together with more than 300 lawyers from bar associations of different cities in Turkey. The topic of the conference was “Sexual Crimes from the Perspective of the ECHR and Human Rights Law”, which was contextualised by key speakers. On the first day, discussions were undertaken from different perspectives, under two sessions. On the second day working groups were formed to discuss different aspects of the matter. The information on the sessions, discussion topics and the speakers can be reached through this link.

Current issues and challenges covered during the conference were of interest for the large number of participants, which led to substantial and fruitful discussions.

A report will also be prepared to summarise all topic areas and discussions of the conference.