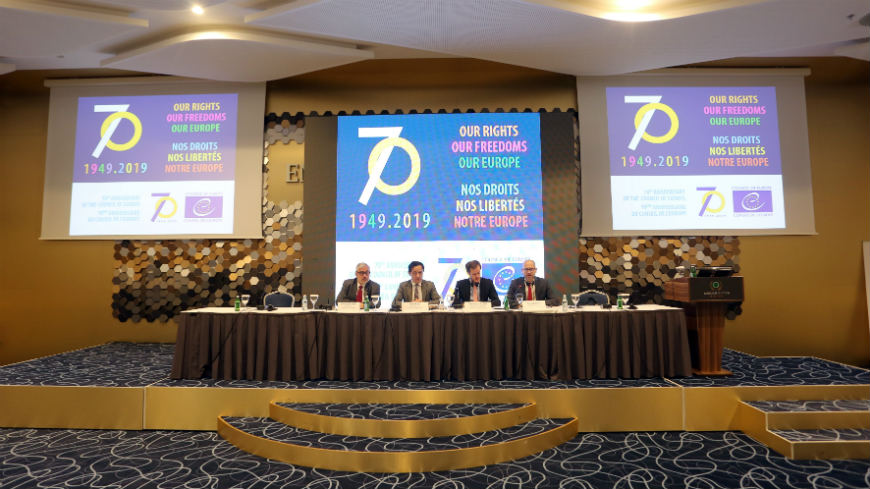 The final project conference was organised on 16 April as a concluding event after two years of comprehensive capacity building and awareness raising activities with National Preventive Mechanism against Torture. The event provided room for communicating project results to donors and direct beneficiaries, the Ombudsperson, and other relevant institutions including police, penitentiary, mental health and social care facilities, prison health department, police and prison inspectorates and others. In addition, it was used to mark the 70th anniversary of the Council of Europe.

The President of the European Committee for Prevention of Torture (CPT) Mikolay Gnatovskyy was one of the international keynote speakers, emphasising the importance of involving CPT experts to support capacity building of national monitoring bodies. In addition, relevant jurisprudence of the European Court of Human Rights on prohibition of torture and ill-treatment was disseminated by former judge of the Court, Ms Mirjana Lazarova Trajkovska.

Finally, the project’s results have been shared with participants, in particular:

The project created many synergies and partnerships with other interventions in this sector what maximized impact of implemented actions.