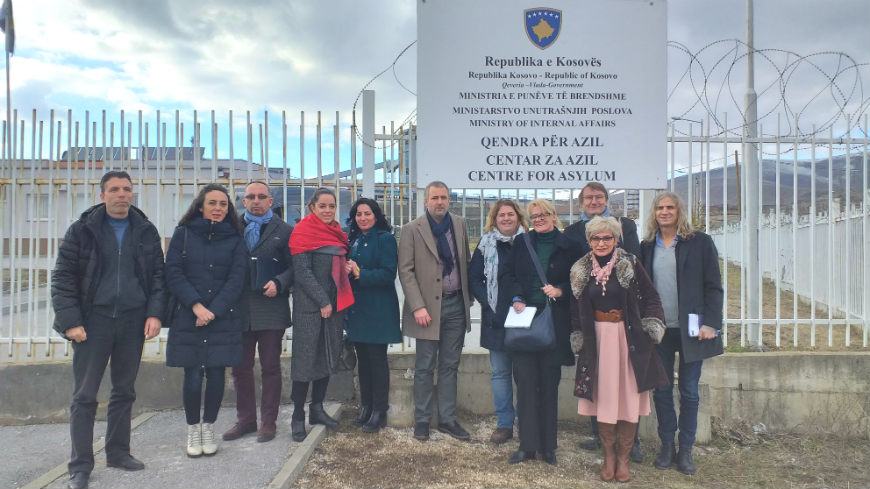 A training on Monitoring Immigration Detention was completed on 11-14 February 2019. The first two days were reserved for the theoretical part of the module with focus on the international standards for treatment of foreign nationals deprived of liberty under alien legislation and practical approaches to monitoring mixed migration flows. Trainees were also familiarized with the European directives and programs in managing migrations with many practical examples from different countries visited by the European Committee for Prevention of Torture (CPT). The reference was made to the most recent refugee crisis in the Middle-East and Europe and its implications on the Western Balkans countries.

second part of the training included a coaching of NPM staff provided by international experts during the official visits to detention center for foreigners in Vranidoll/Vranidol, the center for asylum seekers in Magurë/Magura and police holding facility at Pristina airport. Beneficiaries had an opportunity to assess all visited premises, to discuss with management and staff and interview foreign nationals waiting for deportation or resolution of their application for asylum in Kosovo*.

a follow up, the NPM plans to create synergies with other actors in migrations in Kosovo* and sign Memorandum of Understanding with NPMs in neighboring countries for joint monitoring activities in the regional context.