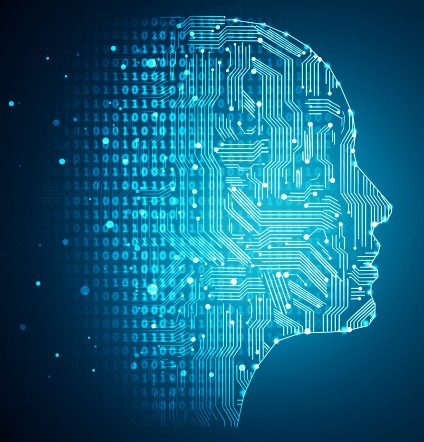 Numerous studies have highlighted the risks that so-called artificial intelligence (AI) and automated decision-making systems pose to the principles of equality and non-discrimination in employment, the provision of goods or services in both the public and private sectors, public security policies or even in the fight against fraud.

Prospects for ensuring that artificial intelligence and automated decision making systems are not biased have been outlined by the Council of Europe, as well as by the European Commission. In this context, it has been highlighted that equality bodies are well postioned to take the lead in this still little understood subject. Indeed, in France, it is the Defender of Rights which is mandated to fight against all forms of discrimination, including when they are the result of algorithms. This institution, in partnership with the CNIL, Commission nationale de l'informatique et des liberté has already had the opportunity to take a public stand on these issues, and has also initiated an intensive dialogue with various European partners, including the Council of Europe.

In this context, the Council of Europe, in collaboration with the Defender of Rights, has developed an online training course on artificial intelligence and discrimination, initially intended for staff of the Defender of Rights and the CNIL. This training course presents current and future European regulations and standards, case studies, best practices, and allows for a discussion on the objectives and methods of cooperation between the various regulators in this area.

When and where is the training course?

This training will initially allow DDD and CNIL staff to learn about discrimination in connection with artificial intelligence and to understand the main issues.

The time required to complete the modules is about two days in total, which will be distributed across the length of the course. Additionally, two interactive webinars will open and close the training, on 11 May and 9 June from 2 to 5 p.m.

Finally, a question and answer session will be organised on 28 May from 2 to 3:30 p.m. Therefore, the total time required for this training is approximately 3 days. A certificate will be issued upon completion. All training is provided in French. However, some additional resources or information will be  available only in English.

The study on "Discrimination, artificial intelligence and algorithmic decision-making" (commissioned by the Council of Europe’s European Commission Against Racism and Intolerance) identified many such challenges and stated that equality bodies have a key role to play in awareness-raising, prevention and redress.

The study also showed that discrimination by AI & ADM systems can be addressed through different regulatory tools, including data protection and sectorial regulation such as employment laws. This calls for a cross-sectoral co-operation between national regulators in order to provide effective redress, share expertise and to share the workload.

A study carried out for Equinet (the European network of equality bodies) further elaborated on, and highlighted, the key role that equality bodies play in ensuring that AI & ADM practices are not biased, providing a set of practical recommendations and defining a programme of actions that equality bodies could undertake in their respective national contexts.

The study also underlined that although equality bodies should play a key role to play in preventing AI & ADM-driven discrimination, this potential cannot be seized unless they, and other national regulators, receive training on this technically demanding subject.

To meet these identified needs for equality bodies and other regulators, the Inclusion and Anti-Discrimination Division, in co-operation with the Centre for Data Ethics and Innovation (CEDI), held the first online training course on ‘AI & Discrimination’ for regulators in the United Kingdom (December 2020-February 2021). The course introduced European regulations and standards, case studies, good practices, and will engage a discussion about goals and methods of cross sectorial co-operation between regulators in this field.

The Defender of Rights  is an independent administrative authority, responsible for defending the rights of citizens vis-à-vis administration (Ombudsperson) but which also has specific prerogatives in terms of promoting children's rights, combating discrimination,and the observance of ethics by security personnel.

The Council of Europe is an intergovernmental organisation responsible for promoting human rights, the rule of law and democracy among its 47 member states in Europe. It has established a series of standards and guidelines for the protection of human rights and democracy in relation to AI & automated decision-making.