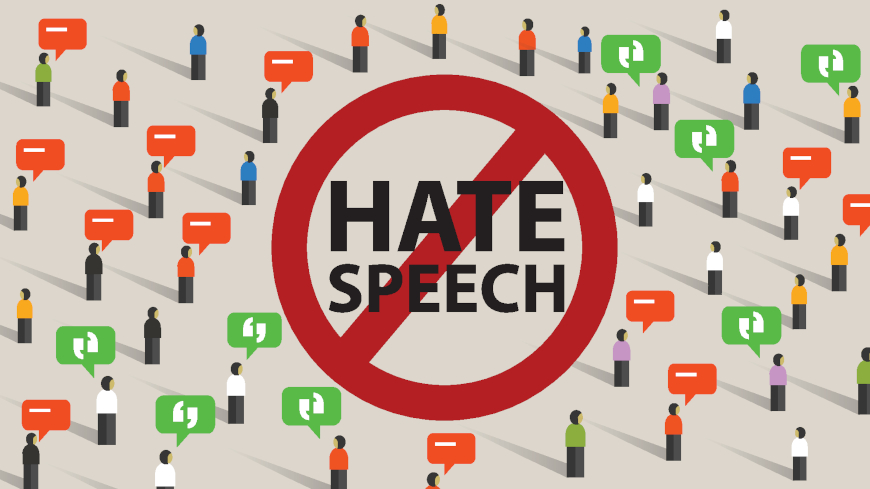 What is the impact of hate speech on the society, what challenges it poses and how can they be effectively addressed? What means of redress, tools and actions are available to victims in Ukraine? What is the role played by different state and civil society actors in addressing hate speech?

These are among the key questions addressed by the draft Report on the systemic mapping of national responses to hate speech in Ukraine.

The draft report prepared under the joint EU – Council of Europe’s project also seeks to identify and prioritise elements for future action to combat hate speech in Ukraine and offers targeted recommendations to the authorities, civil society, media and other actors on building an effective strategy to do so. Various stakeholders, including representatives of Parliamentary Committees, Parliament Commissioner for Human Rights, ministries, judiciary, civil society, media have contributed to the preparation of the report.

The launch event will be held online on Thursday 20 January 2022 from 9.00 to 11.30 CET with the participation of various Ukrainian stakeholders.

Interpretation in English/Ukrainian will be provided. The event will take place in Zoom, registered participants will receive the link to join the meeting prior to the event

Participants are invited to register at this link.

Draft agenda of the event.

System map of the mechanisms of hate speech in Ukraine.

The European Commission against Racism and Intolerance (ECRI) in its General Policy Recommendation No. 15 on Combatting Hate Speech focuses on the phenomenon of hate speech and the damaging consequences of its use for individuals, certain groups of persons, and society as a whole. The Recommendation thus sets out measures for combating hate speech among which raising public awareness including through use of counter speech, providing support to those targeted by hate speech, imposing administrative and civil liability, taking regulatory actions and imposing criminal sanctions in particular circumstances. These measures must be well-founded, proportionate, non-discriminatory, and not be misused to curb freedom of expression or assembly or suppress criticism of official policies, and religious beliefs.

The draft report has been prepared under the project “Strengthening access to justice through non-judicial redress mechanisms for victims of discrimination, hate crime and hate speech in Eastern Partnership countries,” funded by the European Union and the Council of Europe and implemented by the Council of Europe under their Partnership for Good Governance II initiative.