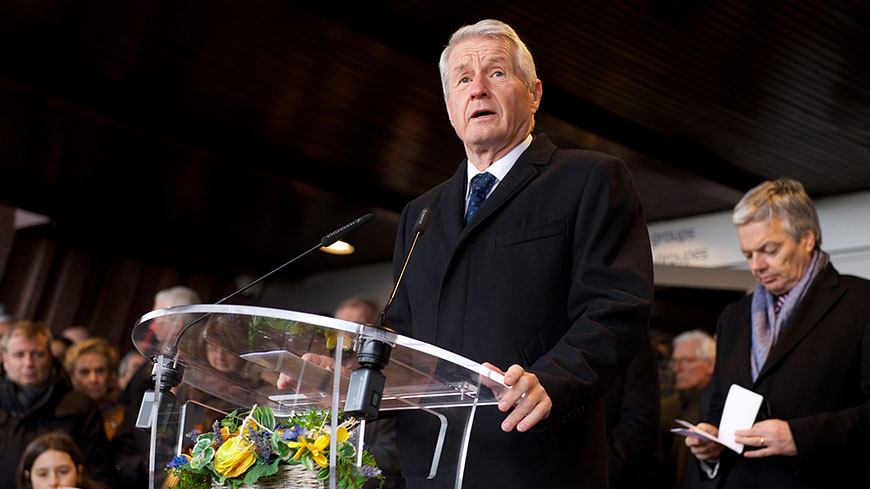 Council of Europe Secretary General Thorbjørn Jagland joined Poland’s president, Bronislaw Komorowski, and other foreign dignitaries and heads of state, in the official commemoration of the 70th anniversary of the liberation of the Nazi concentration and extermination camp in Auschwitz-Birkenau. “The Holocaust came on the back of a total breakdown of human rights. In the face of growing anti-Semitism, xenophobia and hate-speech political leaders must recommit themselves unequivocally and unanimously to the respect for human rights. The message of the Universal Declaration of Human Rights is clear: ‘every human being is equal in dignity and rights’. We will never forget. And we say: never again”, he said ahead of the event.

On Monday, Secretary General Thorbjørn Jagland started the commemorations of the International Day in memory of the victims of the Holocaust at the Council of Europe in Strasbourg where he was joined by Didier Reynders, Minister for Foreign and European Affairs of Belgium, Chairman of the Council of Europe’s Committee of Ministers.