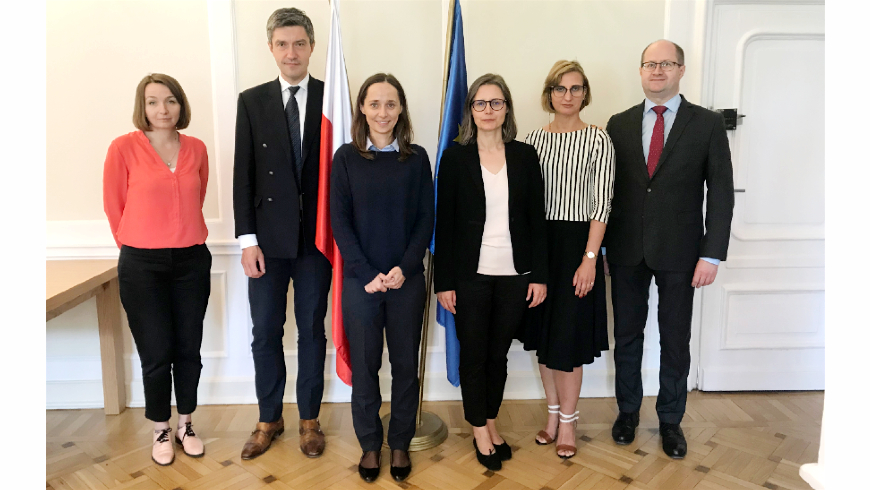 On 20-21 June, representatives of the Department for the Execution of Judgments visited Warsaw to discuss the outstanding issues for the execution of the European Court’s judgments concerning effective access to lawful abortion in Poland (in the cases of Tysiac, R.R. and P. and S.). The delegation met with the representatives of the Ministry of Health, the Government Agent’s Office, the Ombudsman’s Office and NGOs.

During its last examination of these cases in December 2021 the Committee of Ministers continued to focus on the need for the authorities to put in place clear guidelines to be followed by all hospitals on the conditions for access to lawful abortion, including on steps to be taken when abortion is refused on grounds of conscience or when the woman’s life or health might be at serious risk. The Committee notably urged the Polish authorities to make available to women beforehand adequate information on the conditions to access lawful abortion and to include in the legislation an explicit obligation for hospitals to refer patients to alternative hospital when abortion is refused due to the use of the conscience clause.

In March 2021, the Committee of Ministers had adopted an Interim Resolution due to the lack of progress on the above issues (CM/ResDH(2021)44). These cases will be examined again at the Human Rights meeting in September 2022, when the results of these consultations will be presented to the Committee.