celebrated today the 25th anniversary of the Lisbon Recognition Convention
Venice, Italy 6 May 2022 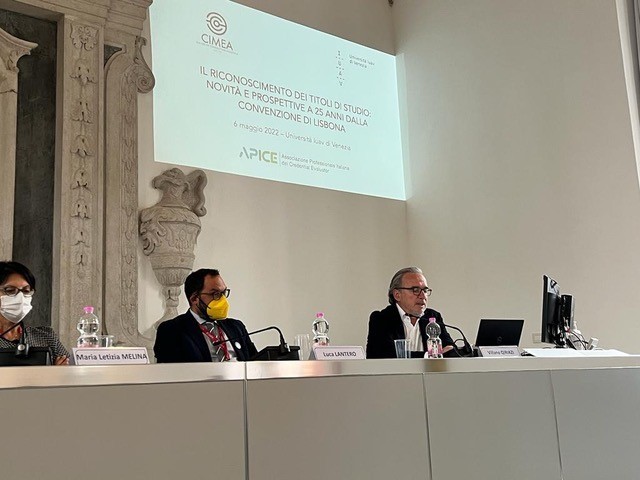 Hosted by the IUAV University of Venice and organised by CIMEA, the day-long celebration of the 25th anniversary of the Lisbon Recognition Convention was dedicated to the achievements in the field of recognition of qualifications in Italy, new international perspectives and the launch of the Italian Association of Credential Evaluators.

The Lisbon Recognition Convention, whose Committee is chaired by the Director of CIMEA, Mr Luca Lantero, is the only international treaty that has been developed jointly by the Council of Europe and UNESCO. Within UNESCO, it complements similar conventions for other regions and has in many ways set the standard for the review and renewal of UNESCO's regional conventions and the development of the new Global Convention on the Recognition of Qualifications.

This Convention is to date the only legal instrument within the European Higher Education Area and is a key element in increasing student and staff mobility, ensuring fair recognition of qualifications, thus contributing to the main objectives of the Bologna Process.