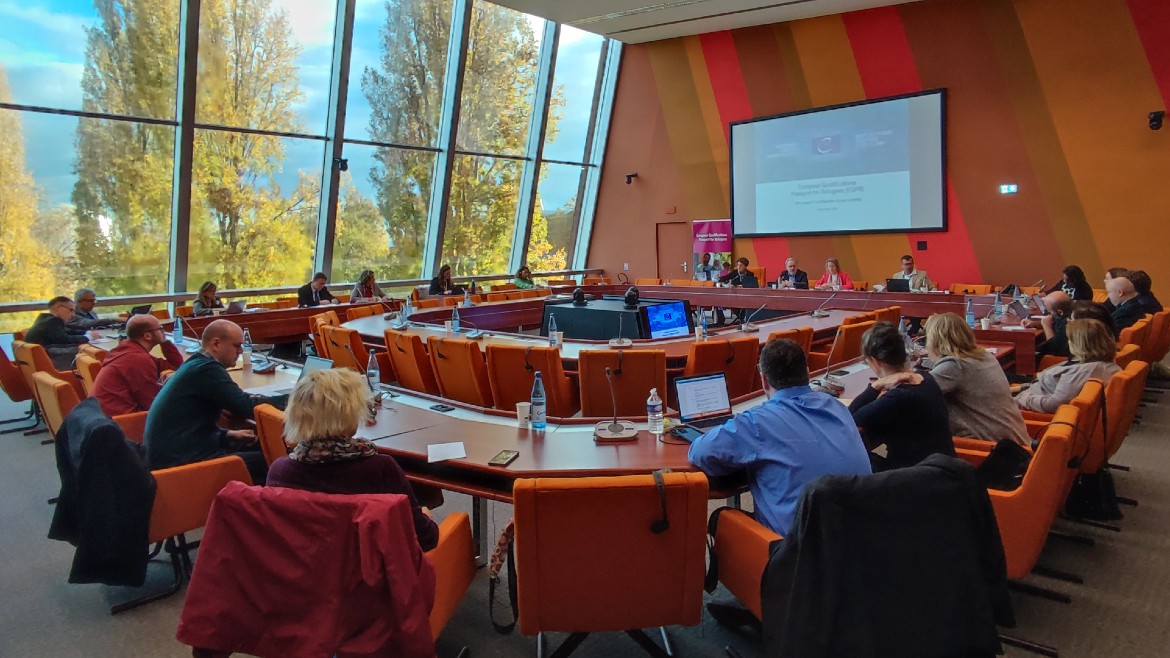 The Project Co-ordination Group of the European Qualifications Passport for Refugees (EQPR) held its 10th meeting on the 16th of November in Strasbourg to discuss the results and future plans to ensure access for refugees to education and the labour market.

The meeting provided an opportunity for exchange of information and good practices, including presentations by Leyla Kayacik, Special Representative on Migration and Refugees of the Council of Europe and Andreas Wissner, UNHCR Representative to the European Institutions in Strasbourg. The project now involves 20 partner countries and the representatives of Albania, Andorra, Latvia, Poland and Portugal who in recent months joined the project also attended the meeting.

In their discussions, members of the Group took note of the results of different activities implemented in the six-month period especially in the view of the Ukrainian crisis. Since the start of its implementation the EQPR has not only proved itself as a credible and relevant tool for assessing undocumented qualifications of refugees but “it has also become a tool of trust between different stakeholders” as pointed out by Luca Lantero, director of the Italian ENIC (CIMEA), both in the national and the wider European context. Scaling up of the European Qualifications Passport for Refugees was also mentioned as one of the future objectives and Vesna Atanasova, Programme manager from the Education Department of the Council of Europe, presented, together with Luca Lantero, the new joint European Union/Council of Europe project “Supporting an efficient national mechanism for recognition of refugees’ qualifications in Italy”.

In his closing remarks Villano Qiriazi, Head of the Education Department, thanked the partners for their continuous support and contribution to the project and announced that the Council of Europe will in the coming period focus on developing a new legal instrument dedicated to the use of the EQPR in Council of Europe Member States and providing guidance to national authorities in view of specific actions for recognition of refugees’ qualifications and capacity building.