“The past 12 months have seen a gear shift in Europe’s security concerns, - points out the Secretary General Thorbjørn Jagland in his latest annual report. - Recent terrorist attacks have sent a shockwave through our societies. Unco-ordinated responses to the migrant crisis have sustained chaos at our borders. […] Combined with ongoing economic uncertainty, such insecure conditions are creating fertile ground for nationalists and xenophobes who seek to exploit public anxiety. Hate crime, anti-Semitism and Islamophobia are on the rise. Trust in state as well as European institutions is in decline.” The Secretary General highlighted that democratic citizenship and human rights education are increasingly important in addressing discrimination, prejudice and intolerance, and thus preventing and combating violent extremism and radicalisation in a sustainable and proactive way.  Improving the effectiveness of such education is an imperative for the Council of Europe member states, and the main focus of the Report on the State of Citizenship and Human Rights Education in Europe.

The objectives of the Report: 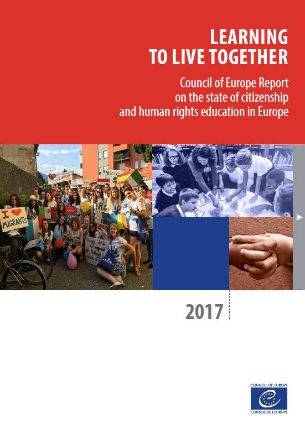 The present Report is part of the 2nd review cycle of the implementation of the Council of Europe Charter on Education for democratic citizenship and human rights (Recommendation CM/Rec(2010)7).  The conclusions of the Report were discussed at a Conference on the Future of Citizenship and Human Rights Education in Europe, held in Strasbourg on 20-22 June 2017.

This 2nd review cycle draws on the lessons from the first exercise in 2012. It consisted of a report and a conference ‘Democracy and Human Rights in Action – Looking Ahead. The impact of the Council of Europe Charter on Education for Democratic Citizenship and Human Rights Education’ organised in Strasbourg on 28-29 November 2012 in cooperation with the European Commission and the European Wergeland Centre.

The participants made a number of recommendations for strategic action to be undertaken by the Council of Europe, the 50 States Party to the European Cultural Convention and the civil society organisations with a view to support the implementation of the Charter. In particular, they proposed a number of possible ways of developing a more transparent, consistent and participatory evaluation approach for the future review cycles. While opinions were very diverse in relation to the need for and feasibility of stronger evaluation mechanisms, there was an emerging consensus on the benefits of on-going dialogue among key actors in this area and on the added value of the Charter as a clear framework and impetus for such dialogue. 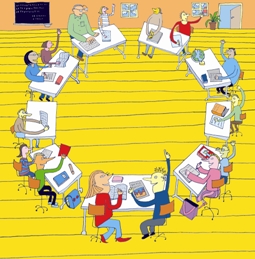 The 2012 Review: Conference Proceedings, Charter Report and Perspectives from NGOs