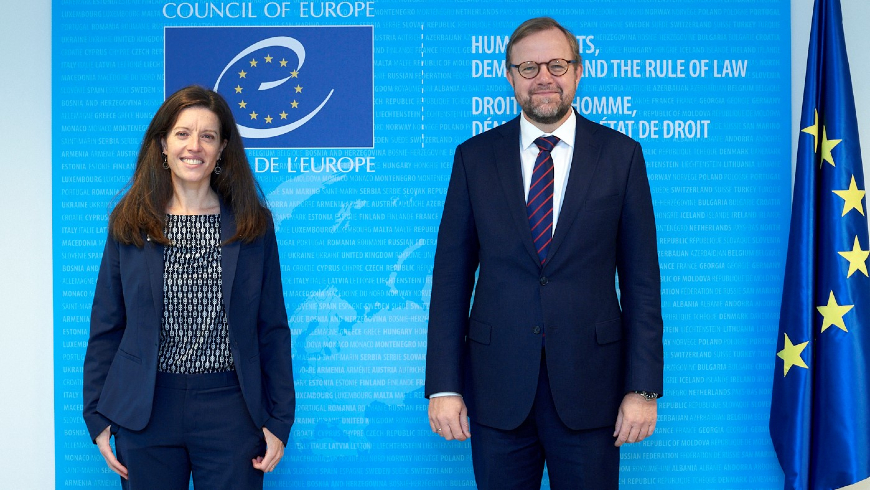 The government of the United States has provided a new voluntary contribution of €1,294,470 to the Council of Europe action against cybercrime.

The US Bureau of International Narcotics and Law Enforcement Affairs has supported the Octopus project since its launch and this additional contribution brings their total support to €3,032,988.

Ms Darragh T. Paradiso, Deputy Permanent Observer to the Council of Europe and Consul General of the United States of America, met with Mr Bjørn Berge, Deputy Secretary General, on this occasion.

Cocktail reception on the occasion of the 15th anniversary of EPAS

Meeting of the Current Affairs Committee of the Congress: "New Models for Innovative, Democratic and Sustainable Rural Societies"