About the Directorate General of Democracy

Vision of the Directorate general of Democracy

“Safeguarding and realizing genuine democracy” – is the long-term strategic goal of Directorate General of Democracy.

In order to achieve progress towards this long term goal, Directorate General of Democracy invests in democratic security for Europe by working with member states in three main areas:

This is done by multilateral work, notably in intergovernmental committees , developing policy and legal standards, monitoring and supporting their implementation.

For that purpose, DG Democracy also cooperate with local and regional authorities, civil society, the private sector and other international organisations.

To meet these objectives, the DG Democracy: 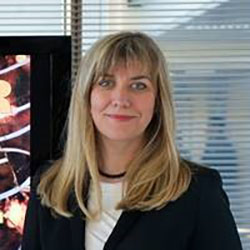 Ms Snežana Samardžić-Marković is the Director General of Democracy at the Council of Europe since 2012. Under her responsibility, the Directorate General works to help the member states in creating a favourable environment for sustainable democracy and democratic security in Europe.

Three directorates and ten partial agreements under her responsibility are providing guidance, assistance and innovation in the areas of democratic governance, participation and diversity. Her responsibilities include the policy areas of education and youth, local democracy, cultural policies, election assistance, the protection of human dignity, gender equality, children’s rights, and the rights of minorities, work against discrimination, democratic citizenship and democratic responses to crisis situations. In addition, Ms Samardžić-Marković is, on voluntary basis, a member of the Governing Board of the Enlarged Partial Agreement on Cultural Routes, of the European Roma Institute for Arts and Culture, of the UEFA Foundation for Children board of trustees and of the Governance Task Force of the Association of Summer Olympic International Federations.

Previously, Ms Samardžić-Marković has held numerous positions in the Serbian Government including as Deputy Director in the Ministry of Foreign Affairs for Neighbouring Countries; Assistant Minister of Defence (2005-2007) and Co-President of the Serbia-NATO Defence Reform Group; member of the Foundation Board of WADA, Minister of Youth and Sports (2007-2012) and President of the Fund for Young Talents.