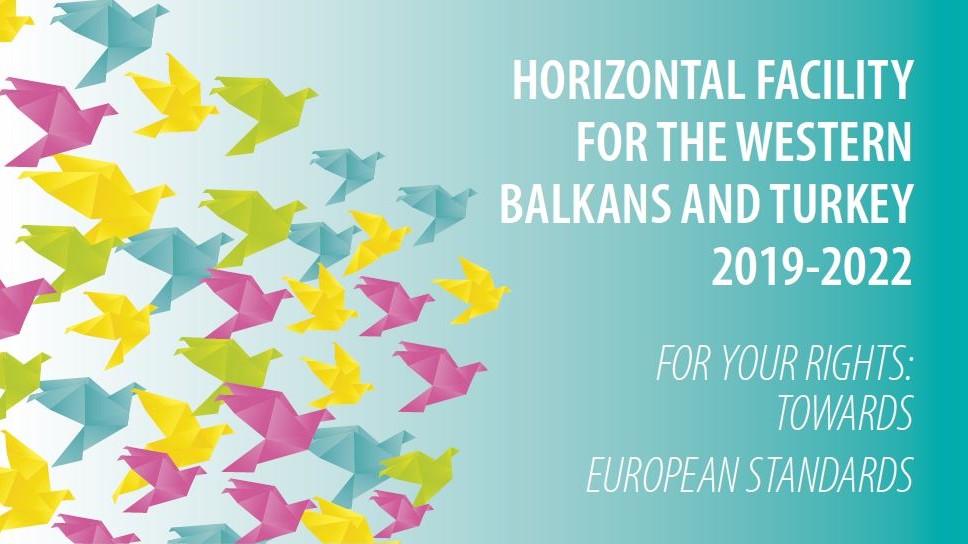 The Horizontal Facility for the Western Balkans and Turkey (Horizontal Facility II) 2019-2022 is a co-operation initiative of the European Union and Council of Europe for the Western Balkans region and Turkey. It is one of the results of the Statement of Intent signed on 1 April 2014 by the Secretary General of the Council of Europe and the European Union Commissioner for Enlargement and European Neighbourhood Policy, in which both Organisations agreed to further strengthen their co-operation in key areas of joint interest.

The second phase of the programme will cover actions in Albania, Bosnia and Herzegovina, Kosovo*, Montenegro, North Macedonia, Serbia as well as Turkey and the regional dimension of the programme will be strengthened. The Expertise Co-ordination Mechanism that provides legislative expertise and policy advice within the Council of Europe system will remain an important part of the programme available to all beneficiaries. For more information, please consult Horizontal Facility website

In the field of fight against economic crime, ongoing reforms in Albania, North Macedonia, and Montenegro will continue to be supported through three country specific actions focused on strengthening policies, legislative frameworks, and institutional practices in line with relevant international standards and good comparative practices. In addition, a regional component is being introduced aimed at fostering a uniform approach to the implementation of relevant standards in the countries, as well as supporting cooperation and coordination on cross-border aspects of the fight against economic crime in the Western Balkans and Turkey.

Each action will last for 36 months with a total budget of 2.9 million Euros.