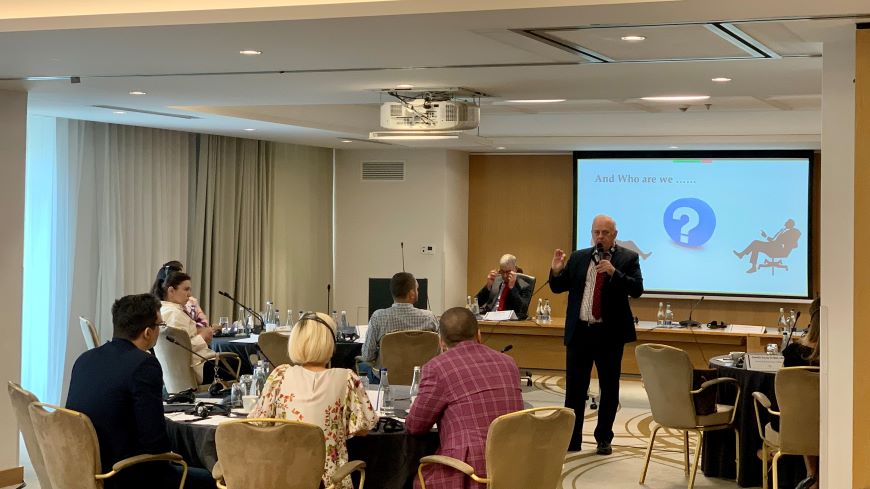 Romanian authorities have recently finalised the country’s first Money Laundering and Terrorist Financing (ML/TF) National Risk Assessment, following the Council of Europe’s Methodology, with support from the Economic Crime and Cooperation Division (ECCD) of the Council of Europe. While the development of a national Action Plan on Anti-Money Laundering and Countering the Financing of Terrorism is still ongoing, some priority areas have already been identified by the authorities as requiring particular mitigation measures, one of those areas being the investigation and prosecution of terrorist financing cases.

In order to enhance the competent authorities’ capacities in this regard, the ECCD has organised a two-day training course for 21 representatives of the National Office for Prevention and Control of Money Laundering (the Romanian Financial Intelligence Unit – FIU), Romanian Police, General Prosecutor’s Office and the Romanian Intelligence Service. The training took place on 4-5 July 2022 in Bucharest, Romania. In addition to practical scenario-based work and analysis of case studies, participants could benefit from presentations on global, regional and national terrorist and terrorist financing threats, as well as on building of effective institutional structures and developing organisational roles and responsibilities among national institutions for countering terrorism financing.

Moreover, trainers focused on the specificities of the terrorist financing cycle and typologies, in order to further raise competencies of the present practitioners. Some of the sessions have also been dedicated to the presentation of tactics used by terrorist groups for raising and moving funds. Last but not least, the event aimed at enhancing present stakeholders’ capacities when it comes to the specificities of investigations involving non-profit organisations linked to extremism or terrorism.

This event was organised within the framework of the Structural Reform Support Programme initiative “Money Laundering and Terrorism Financing Risk Compliance: Implementing a National Mechanism to Assess and Manage Money Laundering and Terrorism Financing Risks in Romania”, funded by the European Commission’s Directorate General for Structural Reform Support and the Council of Europe and implemented by the Council of Europe.