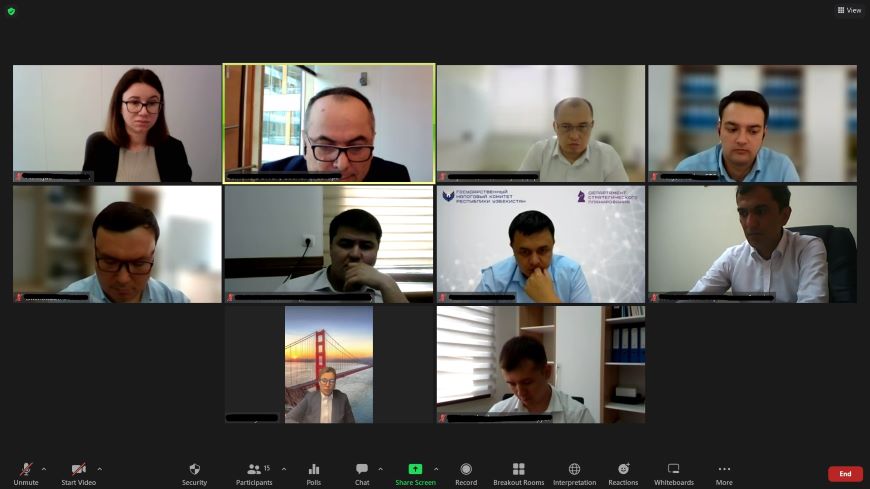 The Joint European Union / Council of Europe Project “Promoting Transparency and Action against Economic Crime” (CA TAEC) presented the results of the assessment of the legislative framework and internal practices of conducting state controls/inspections in the business sector in Uzbekistan, during a remote round table organised on 19 May 2022. The event was attended by the representatives of the Commissioner for Protection of Rights and Legitimate Interests of Entrepreneurs under the President of Uzbekistan (the Business Ombudsman Institution) and representatives of the State Tax Committee.

The event facilitated an exchange of opinions between the national authorities and Council of Europe experts on possible mechanisms to further consolidate the national framework and existing practices on conducting state controls in the private sector, in line with international practices. The discussions and recommendations presented during the event addressed the following subjects:

This event was organised in the framework of the project “Promoting Transparency and Action against Economic Crime” within the Central Asia Rule of Law Programme 2020-2023, which is a joint initiative co-funded by the European Union and the Council of Europe and implemented by the latter. The project is aimed at strengthening capacities to fight and prevent economic crime including the promotion of business integrity and compliance in the private sector in five Central Asian countries.