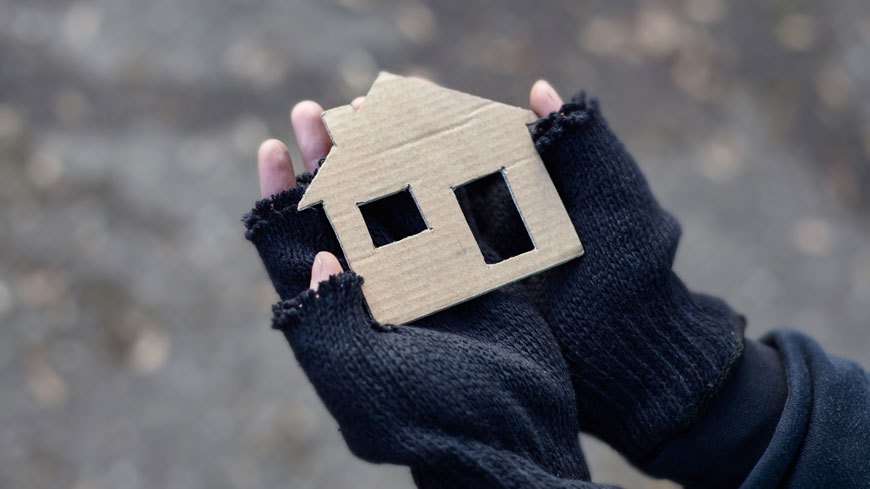 Increasingly making the headlines, the scarcity of affordable housing in Europe is a serious and growing problem that pushes an ever-larger number of people into housing insecurity and homelessness. Unless governments in Europe step in to take decisive measures to turn back the tide, this crisis will continue to intensify and increase existing inequalities, exclusion, and segregation.

Housing is in short supply in Europe today, in spite of increasing demand. In many countries, the overall level of housing construction is lower now than in previous decades, contributing to structural shortages which are especially acute in large cities. This scarcity of housing is pushing up rents as well as prices, which in most European countries surpass the increase in wages. These trends cause many people to gradually be “priced out” of certain neighbourhoods and force them to accept homes of substandard quality or to move to areas where they face poorer prospects of finding work within a reasonable distance, decent education, quality healthcare, and other basic social needs.

According to the European Committee of Social Rights, housing is affordable if the household can afford to pay initial costs, rent and other related costs, like utility bills and charges, on a long-term basis, while still being able to maintain a minimum standard of living. Meeting this challenge is an uphill struggle for many Europeans today as the cost of housing consumes the lion’s share of their household budgets. Frequently, this results in the so-called housing cost overburden, which arises when more than 40% of one’s disposable income is spent on housing. For instance, this affects around two out of five people in Greece, one in five in Bulgaria, and one in six in Denmark and Germany.

Although the problem concerns many people across Europe, high housing costs have a disproportionate impact on people living in poverty and those at risk of poverty, including the “working poor”. The numbers are telling. A report on housing inequality, published by the Council of Europe Development Bank in 2017, showed that the housing cost was an excessive burden for nearly a third of the lowest earners in the EU/EEA area.

Between 2007 and 2017, the average housing cost overburden rate among poor households increased in the majority of European Union countries. The highest figures in 2017 stood at 90% in Greece, 75% in Denmark and 50% in Bulgaria. Among the EU’s youngest citizens living below the poverty line in 2017, 42% on average were overburdened by the cost of housing; this ratio reached 63% in the Netherlands, 84% in Denmark and 91% in Greece. A similarly discouraging picture appears outside the EU: a 2017 UN study found the cost of housing in Armenia to be unaffordable for most citizens. In the same year, Ukraine’s capital Kyiv was ranked second least affordable in Bloomberg’s Global City Housing Cost Index.

The availability and quality of housing is a closely related problem. In Armenia, according to UNECE, the 2011 census reported 16,000 people (2% of all households) to live in structures unfit for housing, like metal shipping containers. Also according to UNECE, in Ukraine in 2011 more than one million households were in need of housing while the average waiting time for social housing was estimated to exceed 100 years, and 20 years in Russia. Eighty thousand households have been reported to lack long-term housing solutions in North Macedonia.

As a result of the shortage of affordable housing, the social housing sector in Europe is coming under pressure. While there is no single formula for getting social housing policies right, state responses to rising demand have so far been to withdraw and to shift the burden to the local government, private sector, housing associations and non-profit organisations. In 2017, overall spending by governments on social housing represented only 0.66% of the European GDP and continued to fall. In many countries, the emphasis has been placed on increasing housing allowances. We need fresh ideas in this area. A new toolkit published by the European Housing Solutions Platform outlines 50 out-of-the-box solutions making use of social housing, the private rental sector, and integrated approaches to overcome financial and political barriers within European housing systems.

As observed by my predecessor in the 2013 Issue Paper on safeguarding human rights in times of economic crisis, the 2008 crisis and growing unemployment led to a sharp increase in evictions and rising homelessness in many European countries. While tenant protection laws often serve as a safety net, overall they do not seem to effectively tackle the problem. The 2017 and 2018 annual overviews, published by the European Federation of National Organisations Working with the Homeless (FEANTSA) and Fondation Abbé Pierre, found evidence of rising homelessness in all the EU/EEA countries surveyed except Finland and Norway. The decline in homelessness experienced in these two countries was attributed to the implementation of long-term strategies of successful cooperation between the state, local authorities and local stakeholders, and approaching homelessness from the perspective of a human rights violation.

Increasing homelessness has been observed to particularly affect migrants, young people, women, families, and children. The 2018 FEANTSA report noted that children are becoming the largest group of people in emergency shelters. In 2015, children accounted for one-third of Ireland’s entire homeless population; from 2014 to 2017, their number rose by 276%. In the UK, the number of homeless children in temporary accommodation reportedly rose by 40% in the same period. In Russia, although the available figures appear to vary greatly, one rough estimate put the number of homeless children in 2010 at hundreds of thousands, while other reports hint that this number might be even higher. During her 2015 visit to Serbia, the UN Special Rapporteur on adequate housing touched upon the risk of homelessness and exclusion that weak protections for renters and no access to social housing meant for certain vulnerable groups, including young people.

State responses to rising homelessness have often been characterised by a short-sighted, punitive approach, in a misguided attempt to move the problem out of public sight. My predecessor’s visit to Hungary in 2014 shed light on the national and local government bans on “sleeping rough” on pain of fines, which were imposed on more than a thousand people, and in some cases led to the imprisonment of those unable to pay. Similar bans were observed during his 2015 visit to Norway. More recently, in the UK, press reports found that as overall numbers of rough sleepers continued to rise, in some localities homeless people were banned from town centres and fined.

European institutions have intervened in some cases related to forced evictions. The European Court of Human Rights has notably balanced interests of landlords against the need to secure accommodation for the less well-off, and on some occasions has acted as a last resort for families threatened with imminent eviction. The European Committee of Social Rights has in several decisions identified the safeguards that must apply when evictions do take place: respecting the dignity of persons; no evictions at night or during the winter; taking measures to re-house or financially assist the persons concerned. The case-law of the Court of Justice of the European Union, for its part, has empowered domestic judges to suspend or annul evictions if the rights of occupants have not been respected, for instance in the context of abusive mortgages. While these interventions offer helpful guarantees, states should prevent such emergencies affecting families and children, among others, from occurring in the first place.

In a poignant introduction to her January 2018 report, the UN Special Rapporteur on adequate housing, Leilani Farha, noted that “[w]e are at a critical moment. Globally, housing conditions are fraught. Homelessness is on the rise, including in affluent countries; forced evictions continue unabated; (…) and housing in many cities is simply unaffordable even for the middle class”.

We should pay close attention to her call. We need to fully grasp the extent and urgency of the problem in Europe with regard to housing, one of the most basic human needs. As demonstrated above, this is an issue which affects the population at large and contributes to a growing sense of uncertainty and precariousness. Leaving it unaddressed leaves our societies vulnerable to increased social tensions.

States’ obligations towards the full realisation of the right to housing must go beyond providing emergency and individual solutions. There is an urgent need for genuine political commitment to adopting sustainable, long-term and inclusive solutions, in line with the UN 2030 Agenda’s Sustainable Development Goal of providing adequate, secure and affordable housing to all by 2030. Housing is not simply a commodity, but a human right. It should move to the top of the political agenda in Europe.