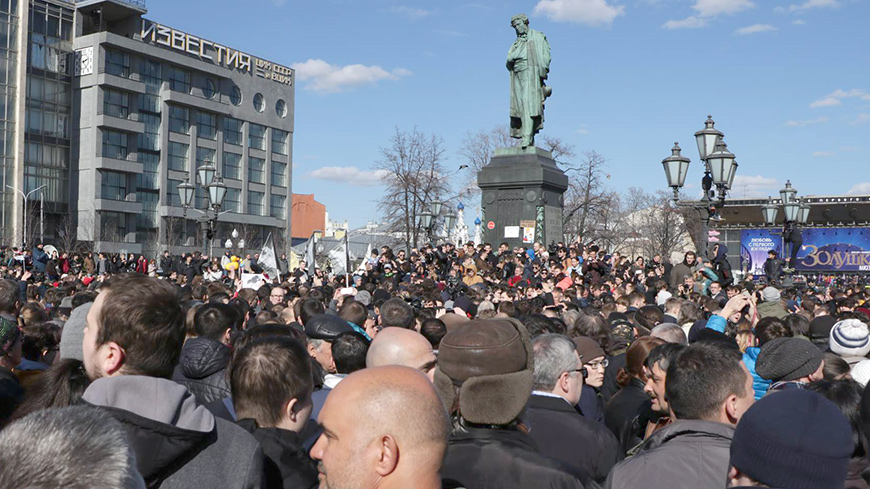 In a Memorandum published today, the Council of Europe Commissioner for Human Rights, Nils Muižnieks, recommends that the Russian authorities thoroughly revise the country’s legal framework governing public events, in consultation with domestic human rights structures, so as to bring it in line with international standards.

“The Russian legislation on freedom of assembly has been made considerably more restrictive in recent years”, says the Commissioner. “As a result, the authorities have rejected a high number of requests to hold public assemblies. Over the past year, there have been many arrests of people participating in protests, even if they did not behave unlawfully, as well as a growing intolerance towards “unauthorised” events involving small numbers of participants and even of single-person demonstrations. This runs counter to Russia’s obligations under the European Convention on Human Rights and it weakens the guarantees contained in its own Constitution concerning the right to freedom of assembly.”

In the Memorandum, the Commissioner observes that the enjoyment of the right to freedom of assembly has been curtailed in recent years, particularly as regards the organisers’ autonomy in deciding on the place and the manner of holding public events. The notification procedure – which was already prone to restrictive interpretations in the past - is becoming for many critics of the government’s policies a de facto obligation to seek authorisation for holding public events. At the same time, the already severe sanctions have been dramatically increased by the legislative changes and have been widely applied.

To remedy this situation, the Commissioner recommends introducing an explicit provision in the legislation establishing a presumption in favour of holding public events and putting in place adequate mechanisms and procedures to ensure that freedom of assembly is made effective in practice and not subject to undue bureaucratic regulation. Furthermore, he stresses the importance of introducing specific provisions in the legal framework to regulate spontaneous and simultaneous assemblies.

The Memorandum reflects recent judgments of the European Court of Human Rights, and draws from sources including public statements by national human rights structures of the Russian Federation and local authorities, as well as information provided by lawyers and human rights defenders.