Switzerland: Commissioner welcomes progress on asylum, but the most vulnerable need better protection 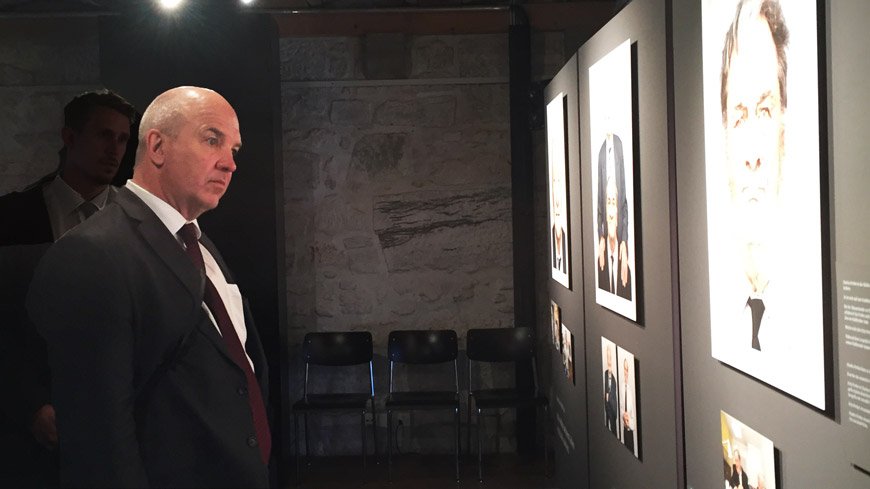 “I call on the Swiss authorities to stop detaining migrant children arriving at Swiss international airports. Children, with or without their families, do not belong in detention” said today Nils Muižnieks, the Council of Europe Commissioner for Human Rights, after a three-day visit (22-24 May) to Switzerland, which included a visit to the closed reception facility in the international transit zone of Zurich airport.

The Commissioner welcomes the improvements foreseen by the new asylum law, which will allow for free legal aid from the beginning of the procedure and should lead to faster and higher quality status determination procedures. However, the new law is only due to enter into force in 2019 and in the meantime progress is needed in a number of migration-related areas. Pointing to one such area that is particularly pressing, the Commissioner notes that too many persons, including Syrians, still receive the ‘F permit’, a provisional admission regime which does not include many of the rights associated with refugee status. “This leaves them in a precarious situation and impedes their integration, whereas it is a known fact that most will ultimately stay.” Noting that the Swiss authorities are currently reviewing this regime, he calls on them to introduce a subsidiary protection status with rights equivalent to those of refugees.

The Commissioner also points to the need to improve the identification and protection of the most vulnerable among migrants, including asylum seekers, and to apply a gender- and child-sensitive approach in all decisions and measures taken in the field of migration and asylum. “Many of the asylum seekers arriving in Switzerland suffer from post-traumatic stress disorder and some have been victims of torture or human trafficking. They should be duly identified as such and receive all the specific support they need. This includes access to psychological and other specialised assistance while they stay in reception centres, no matter how remote” says the Commissioner, who also visited the Glaubenberg federal reception centre for asylum seekers.

The Commissioner welcomes the decision of the Swiss government to set up a national institution for human rights, which would reinforce the legal and institutional framework for the protection and promotion of human rights in Switzerland. Noting indications that the yearly budget could be of CHF 1 million, he encourages the Swiss authorities to be “more ambitious with their plans and create an institution that is pluralistic, adequately funded and fully independent”. Such an institution should receive a broad mandate and monitor the implementation of human rights standards at all levels of Swiss administration. It could facilitate exchanges of good practices including by co-operating with the three existing extra-parliamentary federal commissions on women’s issues, racism, and migration.

Addressing a dark chapter of Swiss history involving compulsory social measures, such as administrative detention, and forced placements of children, the Commissioner welcomes the scheme put in place by a 2016 federal law to deal with such abuses, which includes a compensation fund and research programmes. He calls on the Swiss authorities to ensure full respect of the applicable international human rights standards when dealing with all historical human rights abuses. In particular, victims should receive all the necessary psychological support in addition to compensation. History teaching about these abuses should also be introduced in the school curricula throughout the country. Noting the significant number of Yenish people among the victims of such abuses, the Commissioner also stresses the need to address the continuing disadvantages they suffer in many fields of life by taking targeted policy measures.

The Commissioner's report on his visit to Switzerland is forthcoming.