Speak up against sexist hate speech 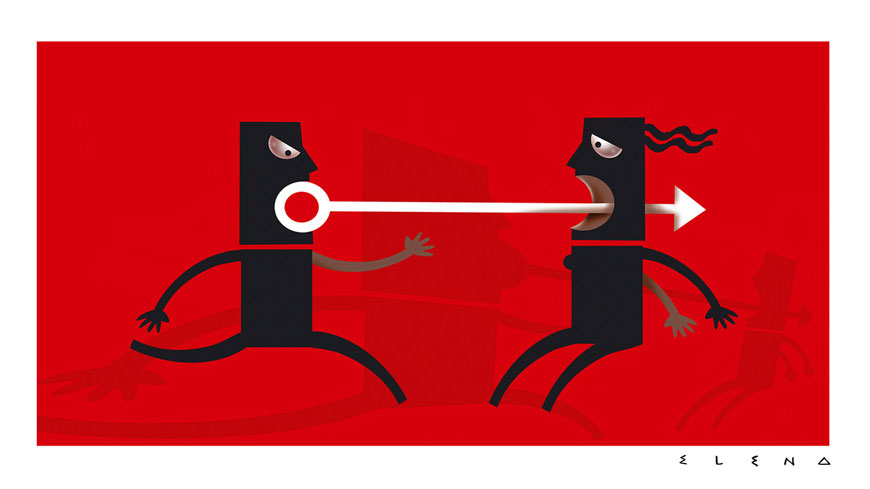 “Sexist hate speech is a long-standing problem in Europe which has acquired a new dimension in recent years with the rising popularity of social media platforms. Threats of murder, sexual assault or rape occur daily offline and online. To prevent and combat gender-based violence against women effectively, states have the obligation to tackle sexist hate speech” said today Dunja Mijatović, Council of Europe Commissioner for Human Rights, ahead of the International Day for the Elimination of Violence against Women.

“Sexist hate speech is a pervasive and often neglected problem that hampers the full realisation of women’s and girl’s lives in Europe. It can be directed at any woman or girl, through social media, at home, in school or the workplace, in the street or on public transport. However, some women are particularly exposed, including journalists, public figures, politicians and women’s rights defenders.

Sexist hate speech finds its roots in centuries-long gender inequalities, patriarchy and stereotyped gender roles at work, in society and in private life. It affects women disproportionately. It violates their rights and provides a breeding ground for further psychological, sexual, physical and even fatal violence against women. It also affects democracy as it seeks to silence women’s voices and to weaken their determination to take part in political, social or cultural life. And impunity for the perpetrators of sexist hate speech only contributes to the cycle of sexism and violence against women.

We cannot tolerate this any longer. We all - state authorities, the media, the education system, businesses, civil society, international organisations – must mobilise and counter sexist hate speech. We must do it with the full force of the law but also with a stronger public engagement to address sexism and raise awareness about women’s rights among the public, and in particular the younger generations.

We do not need to reinvent the wheel. There is no lack of tools able to help us in this combat for dignity. The Council of Europe Convention on preventing and combating violence against women and domestic violence the “Istanbul Convention”, binds state parties to prohibit sexual harassment, including “verbal, non-verbal or physical conduct of a sexual nature unwanted by the victim.” The Convention calls for a set of preventive measures in the education sector and ways to encourage private companies and the media to set self-regulatory standards. Under the Convention, violent perpetrators should be duly prosecuted and sanctioned, and victims should be efficiently protected and supported. Among the 47 Council of Europe member states, 34 have so far ratified the Istanbul Convention. We now need all member states to ratify and fully implement it.

It is also essential to condemn sexism more generally and carry out awareness-raising initiatives questioning gender stereotypes. The Council of Europe Committee of Ministers Recommendation CM/Rec(2019)1 on preventing and combating sexism provides detailed guidance in this respect in a number of fields including the public sector, media, the workplace, justice, education and the private sphere.

Political leaders, journalists, opinion makers, and in particular men, must become more committed and more resolute in condemning and preventing sexist hate speech. This is crucial in order to empower women and men alike to speak up against sexist hate speech and take a step further in combating all forms of violence against women.”