Monaco must consolidate the progress achieved in protecting the rights of children, people with disabilities and LGBTI persons 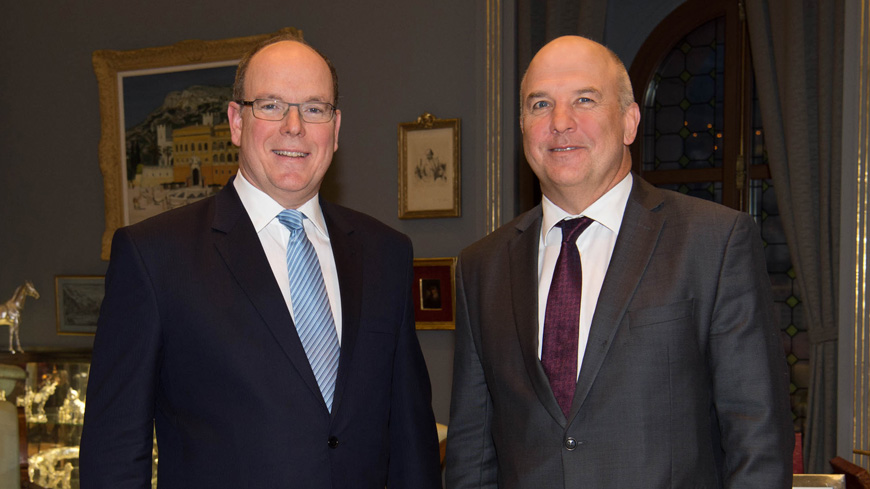 “Monaco has made significant progress in recent years in the protection of human rights.  However, this progress must be consolidated by further improving protection of the rights of the most vulnerable, such as children, people with disabilities and LGBTI persons, and by strengthening the institutions tasked with protecting human rights,” said the Council of Europe’s Commissioner for Human Rights, Nils Muižnieks, following a two-day visit to Monaco (18 and 19 January).

Mr Muižnieks welcomed the establishment in 2013 of the Office of the High Commissioner for the protection of rights, liberties and for mediation.  This institution plays a key role in the protection of human rights in the Principality, a role that would appear to be gaining increasing recognition by both the authorities and civil society. “However, the High Commissioner’s terms of reference could be extended, in particular by granting her the authority to initiate investigations of her own motion, thereby broadening her field of action and enabling her to foster a deeper awareness of human rights among the population, as happens in other European countries,” he observed.  Mr Muižnieks believes that this power to initiate investigations ex oficio could, to begin with, apply to the field of discrimination which is at the heart of the High Commissioner’s terms of reference, and to issues relating to the rights of children, who should also be able to refer matters directly to the High Commissioner.

In addition, Mr Muižnieks believes that Monaco should strengthen its legislation on protection against discrimination by passing a framework law on protection against all forms of this phenomenon.  A law of this kind would make it possible to punish more effectively all instances of discrimination and, in addition, would constitute a strong signal for promoting equal opportunities for all. “Monaco could also strengthen protection of children’s rights by banning all forms of corporal punishment of children as a clear demonstration that all forms of violence against children are unacceptable,” the Commissioner said, pointing out that some thirty Council of Europe member states had already introduced such a ban.

The Commissioner welcomed the progress made in Monaco regarding the rights of people with disabilities, in particular the enactment in 2014 of a law giving such people greater opportunities to obtain the support and assistance they need.  The 2016 law on the accessibility of buildings was a further example of this progress.  Nonetheless, Mr Muižnieks felt it essential for Monaco to ratify as soon as possible the United Nations Convention on the Rights of Persons with Disabilities, a key instrument for improving the protection of the rights of such persons. He stressed the importance of this ratification in order to further advance the protection of people with intellectual and psycho-social impairments and to promote – rather than a medical approach – one based on the rights of persons with disabilities and in particular the right to be fully included in the community.

The Commissioner for Human Rights also noted with satisfaction that a bill had recently been passed by the National Council to enable non-married partners, including those of the same sex, to obtain legal recognition and protection of their union.  He strongly encouraged the authorities to translate this project into action without delay, taking full account of the case law of the European Court of Human Rights in this regard.

Lastly, M. Muižnieks noted the passing of a law on the preservation of national security, which strengthens the means of action of the security services, authorising, for example, surveillance of individuals without the need for a prior court order where there was a threat to national security. He encouraged the Monegasque authorities to make every effort to ensure that the committee set up to monitor the decisions of the executive in the surveillance field had the appropriate resources to fulfil its role and could act completely independently. “It is essential to ensure effective democratic control of the action of the security services in order to maintain a proper balance between protection of security and protection of human rights,” he concluded.