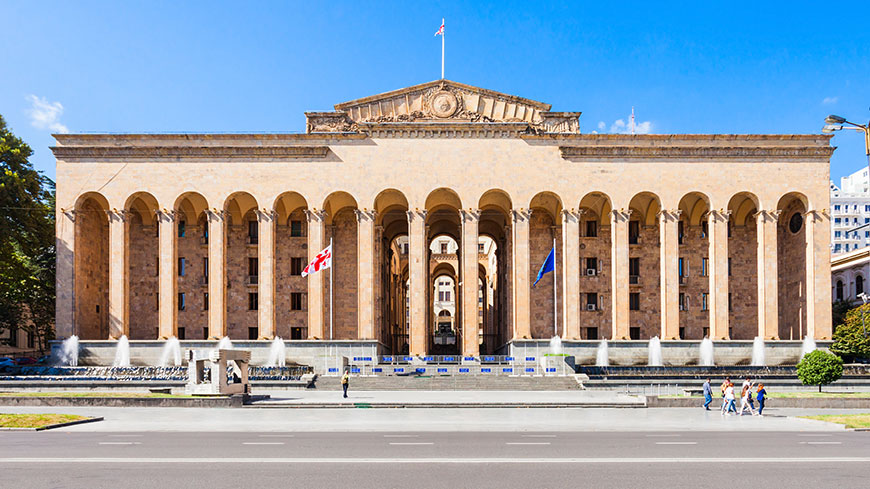 “Georgia has taken significant steps to reinforce labour rights including by adopting broad legislation and setting up the labour inspectorate. However, increased efforts and additional measures are required to address the negative impact of a decade of deregulation on occupational safety and health, to ensure better working conditions for all workers, reduce the gender pay gap, and promote non-discriminatory access to the labour market for persons with disabilities and other vulnerable groups” said Council of Europe Commissioner for Human Rights Dunja Mijatović today following a visit to Georgia from 21 to 23 February 2022.

During the visit, the Commissioner was informed that the recent rise of organised far-right and ultraconservative groups in the public sphere including in politics has already had an impact on the human rights of LGBTI people, religious minorities and other groups living in the country. “I urge the Georgian authorities to take all necessary steps to ensure the protection of the people targeted by these groups, including by publicly condemning any manifestation of intolerance and duly prosecuting and sanctioning any person responsible for acts of hate speech and hate crime”, she said. The Commissioner added that politicians, and community and religious leaders should refrain from using homophobic or otherwise harmful and discriminatory rhetoric and promote respect for diversity and tolerance within society.

Georgia has carried out significant legal and institutional reforms to prohibit violence and discrimination based on sexual orientation and gender identity in the last decade, but these provisions need to be supplemented and duly implemented. LGBTI people remain among the most vulnerable groups in Georgian society, enduring discrimination in many fields of life but also verbal and physical violence. This has impacted on the exercise of their right to peaceful assembly, as the violent attacks against journalists and LGBTI activists in the context of Tbilisi Pride celebrations on 5 July 2021 showed. “The Georgian authorities should take holistic and efficient measures to prevent and combat LGBTI-phobia and better protect the human rights of LGBTI people”, said the Commissioner.

As far as religious minorities are concerned, in addition to better protecting them from hate crimes and speech, the Commissioner recommended that the Georgian authorities step up their efforts to engage in a genuine dialogue with all majority and minority religious denominations and tackle a whole range of related issues, including access to places of worship, religious property and non-discrimination on religious grounds in schools.

As regards the environment and human rights, while Georgia took some steps to ensure that large-scale infrastructural projects are accompanied by environmental impact assessments, more attention should be given to the human rights implications of construction works and hydropower-related projects. The Georgian authorities should meaningfully and transparently involve all stakeholders, in particular the persons and communities directly affected by projects with an environmental impact, in the decision making on such projects, and fully respect their freedom of peaceful assembly. This requires, for instance, improving social and environmental impact assessments, ensuring a more structured decision-making process, and improving the oversight over the implementation of such projects.

In Tbilisi, the Commissioner met the President of Georgia, Salome Zourabichvili, the Prime Minister, Irakli Garibashvili, the First Deputy Minister of Foreign Affairs of Georgia, Lasha Darsalia, the Minister of Internal Affairs, Vakhtang Gomelauri, the State Minister of Georgia for Reconciliation and Civic Equality, Tea Akhvlediani, the Deputy Ministers of Internally Displaced Persons from the Occupied Territories, Labour, Health and Social Affairs, Tamila Barkalaia and Ilia Ghudushauri, and the Minister of Environmental Protection and Agriculture, Otar Shamugia and his Deputy Minister, Nino Tandilashvili. She also met the Vice-Chairman of the Parliament of Georgia, Archil Talakvadze and other members of Parliament. Furthermore, she held meetings with the Public Defender, Nino Lomjaria, and her Deputies, Giorgi Burjanadze and Ekaterine Skhiladze, as well as with representatives of civil society.

Lastly, the Commissioner travelled to Zugdidi where she had a meeting with the Chairman of the Government of the Autonomous Republic of Abkhazia, Ruslan Abashidze, and discussions with the people, including young people, living there in protracted displacement, who shared with her accounts of the difficult circumstances of their displacement and their concerns in relation to their integration into Georgian society and access to housing, education and healthcare.