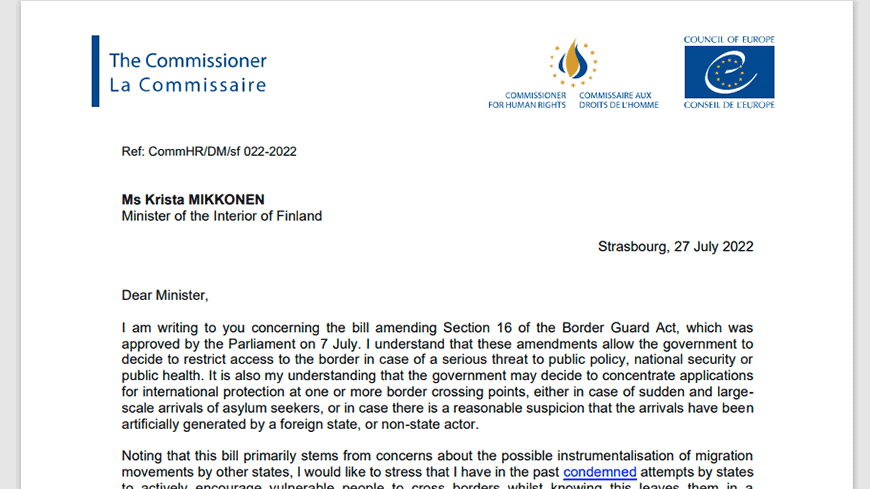 In a letter addressed to the Finnish Minister of Interior, published today, the Council of Europe Commissioner for Human Rights, Dunja Mijatović, called for clear safeguards to ensure that recently adopted amendments to the Border Guard Act would not lead to human rights violations.

Under the amendments, the government could restrict access to the border and concentrate applications for international protection at one or more border crossings in specific situations. This could prevent individuals from applying for asylum or lead to returns in violation of the principle of non-refoulement, said the Commissioner. To prevent the denial of a genuine and effective possibility to claim international protection, the Commissioner called for the introduction of clear regulations and guidance for border guards. She stressed the importance of individual examinations of each case as a key safeguard to protect human rights at borders, as well as for a satisfactory vulnerability assessment.

As regards a proposal to amend the Aliens Act to allow for border procedures, the Commissioner noted that this should not deprive asylum seekers from an individual, thorough, substantive and fair examination of their applications, while adding that such procedures run the risk of leading to the widespread use of detention. She also urged the government to ensure that unaccompanied minors and other vulnerable people are excluded from such border procedures.