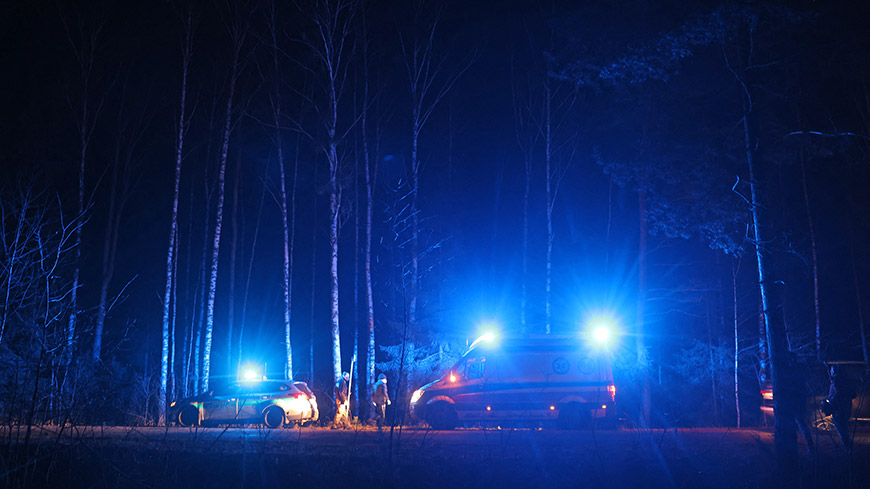 “The humanitarian and human rights situation along Poland’s border with Belarus is alarming. Urgent action is needed to protect the lives of people stranded in the border regions”, said today the Council of Europe Commissioner for Human Rights, Dunja Mijatović, following her 4-day mission to Poland.

In the current highly politicised situation, sustained by a narrative dominated by security, the basic human rights of the affected people have been brushed aside and forgotten. Although the situation is the result of the reprehensible actions by Belarus, this does not absolve Poland from its human rights obligations. An approach must be found that puts human beings first and ensures respect for their dignity and human rights.

The ban on access to areas adjacent to the border, covered by Poland’s state of emergency, has harmful consequences. It prevents international organisations and civil society from providing vital humanitarian assistance and carrying out crucial monitoring and human rights work. It also denies access of the media to the border zone, undermining freedom of expression and information and limiting much-needed transparency and accountability. This situation fuels disinformation and reinforces the sentiment of insecurity. “International organisations and civil society actors providing humanitarian and legal assistance should be given immediate and unimpeded access to all areas along the border and to all people in need of help. Journalists should be allowed to report from all areas along the border, freely and safely”, said the Commissioner.

A bill adopted by the lower house (Sejm) on 17 November, setting out new rules which would apply after the expiry of the state of emergency, risks making an extraordinary situation permanent, with serious and long-term negative implications for freedom of movement, freedom of expression and information, as well as the work of human rights defenders. The existing and new restrictions, in combination with the militarisation of border areas, have a severe impact on the local population, including their livelihoods, well-being and mental health. Restrictions introduced through the state of emergency must be discontinued and not perpetuated by new legislation. Furthermore, any changes in legislation should ensure that the Polish Ombudsman - currently the sole institution with access to areas near the border – is completely free from any restrictions on carrying out his mandate.

“Poland’s current legislation on access to territory and international protection, which allows for immediate returns to the border of persons who entered the territory outside of official border crossings, undermines the right to seek asylum and the crucial safeguards associated with it, including the right to effective remedies. It must be amended to enable those found on the territory of Poland to enter the asylum procedure and have their individual situation assessed in all cases”, underscores the Commissioner.

During the visit, the Commissioner received consistent reports of summary returns of people who had crossed into Poland outside of the official border crossings, including those who expressed clear intent to apply for asylum, or persons with urgent medical conditions. “I have personally listened to the appalling accounts of extreme suffering from desperate people - among whom many families, children and elderly - who spent weeks or even months in squalid and extreme conditions in the cold and wet woods due to these pushbacks. On some occasions, families were separated. I have witnessed clear signs of their painful ordeal: wounds, frostbite, exposure to extreme cold, exhaustion and stress. One woman was fighting for her life in a local hospital. Several people lost their lives. I have no doubt that returning any of these people to the border will lead to more extreme human suffering and more deaths. Every night and every hour spent in the borderland means real danger to their lives. Additionally, allegations of severe ill-treatment, sexual violence and other abuses committed by state agents in Belarus may result in people returned to Belarus being exposed to torture or inhuman or degrading treatment, which is illegal under international law. All pushbacks must end immediately.”

The Commissioner was heartened to see the extraordinary engagement of local human rights defenders, activists, lawyers and the Polish Ombudsman’s office, who, in difficult conditions and against odds, race against time to save people. “These selfless and courageous people are at the forefront of providing lifesaving help to their fellow human beings. They are the bright side of this dramatic situation and should be supported by both Poland and all European countries”, said the Commissioner.

Yet, “there is a palpable atmosphere of hate and fear that surrounds the provision of humanitarian help to migrants and refugees”, said the Commissioner. “Reprisals, harassment and intimidation directed against those who give help, both within and outside of the zone covered by the state of emergency, must stop immediately. The attack on the cars of volunteer medics providing first aid to the people stuck at the border is a deeply disturbing example of reprisals directed at people who bring humanitarian help. These attacks must be prevented and investigated, and their perpetrators promptly identified and held accountable.”

The Commissioner calls on the Polish authorities to act on the reports of the presence of vigilante groups operating in the region, which puts refugees and migrants, human rights defenders and journalists at risk. “Such incidents are also fuelled by the inflammatory and dehumanising official narrative against migrants and those who help them. The Polish authorities should take steps to ensure that human rights defenders and first responders are provided with a safe and enabling environment for their work.”

The Commissioner pays tribute to the engagement of local governments, like the authorities of Michałowo, as well as many organisations and citizens who have been actively and spontaneously involved in the provision of humanitarian assistance, including by setting up help points, and standing ready to step up their commitment, including by receiving refugees.

Lastly, the Commissioner stresses that dealing with the current situation should not just fall on Poland’s shoulders. “This is a European issue which requires a human rights-centred response based on solidarity and European values and standards.”