The European Day of Languages in Serbia
Op-ed by Tobias Flessenkemper, Head of the Council of Europe Office in Belgrade, published in daily "Danas"
Belgrade 26 September 2022 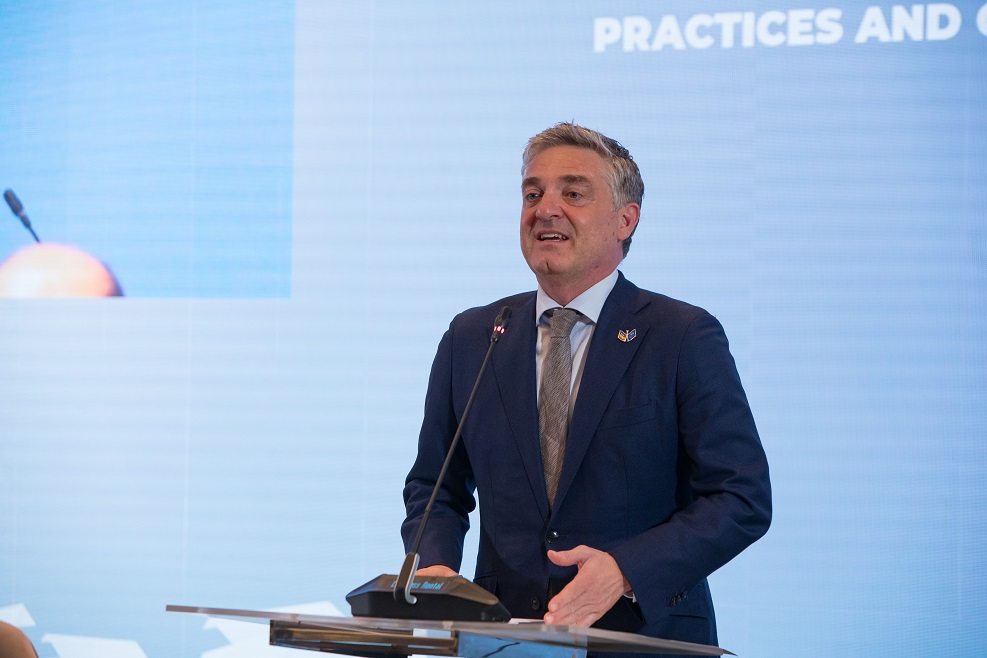 700 million people from all over Europe live in the Council of Europe's 46 member states, including Serbia which has joined the organization in  2003. They reside in different countries, have different cultures and speak different languages, but together, they weave the rich and colorful fabric of the society we live in, discovering each other and benefiting from this diversity.

One of the most fascinating ways to facilitate such exchange of experiences is undoubtedly through discovering and learning languages - at any age, as part of school studies or as a hobby.

We at the Council of Europe are convinced  that linguistic diversity is a perfect tool for achieving greater intercultural understanding, and therefore we have been promoting for years plurilingualism on our continent. Every year, on 26 September, we mark the European Day of Languages, an initiative organised together with the European Union, to celebrate the rich cultural and linguistic heritage of our society.

Few countries in Europe can pride themselves on such a linguistic diversity, as Serbia. Under the European Charter for Regional or Minority Languages of the Council of Europe, Serbia has committed to protect an impressive 15 languages[1]. Apart from prominent southern Slavic languages - Bosnian, Croatian, Bulgarian and Macedonian -  Western and Eastern Slavic languages are spoken by some national minorities. Hungarian is, along with other minority languages, an official language in the autonomous province of Voivodina. Albanian is also deeply rooted in Serbia. German and Romanian are also traditionally spoken in Serbia. Serbia is also home to a large group of speakers of the Romani language.

This fascinating linguistic richness and diversity in different countries of the South-Eastern Europe is an illustration of how histories, cultures, and people are interconnected  - across borders. Languages are a key to a Europe without borders, for a ‘grassroot’ Europe.

This is why the Council of Europe and the European Union are stepping up efforts to ensure the that rights enshrined in the European Charter for Regional or Minority Languages as well as in those in the Framework Convention for the Protection of National Minorities can be fully enjoyed by everyone in Serbia.

This notably concerns the use of minority languages in the media. Public and private radio and television programmes already exist in minority languages, but the Council of Europe bodies have recommended ensuring that appropriate total broadcast time is reached for each of such languages.  It is also important to preserve sustainable editorial and financial independence of all minority media, including those linked to national councils of national minorities.

In areas traditionally inhabited by persons belonging to national minorities in Serbia, there is a need to collect data on the number of minority languages spoken by civil servants in State, provincial and local administrations. In light of such data the necessary measures should be taken, including adequate language training.  All persons belonging to national minorities in the areas concerned should be informed that they are entitled to use their minority language in contacts with the State, provincial and local administration. The Council of Europe experts also recommended commissioning a study to evaluate the level of implementation of the legal provisions on the official use of minority languages and ensuinge that in all municipalities where the legal requirements are met minority languages are effectively in official use.

Serbia should also enhance the availability and quality of Serbian language teaching, including when taught as a second language and continue to further develop history curricula and teaching materials in minority languages. Exchange programmes between communities, at every level of education, should be developed. The Council of Europe is striving for a Europe where the key role of quality language education in achieving intercultural dialogue, democratic citizenship and social cohesion is recognised and supported.

The European Day of Languages on 26 September is an occasion to celebrate its linguistic diversity for Serbia, but the work to promote and strengthen it should be done every day. This diversity helps consolidate the society and achieve greater European unity.