The situation caused by the COVID-19 pandemic has been especially precarious for the most vulnerable communities in the cities and municipalities of Serbia, particularly within Roma communities.
Belgrade 9 April 2020 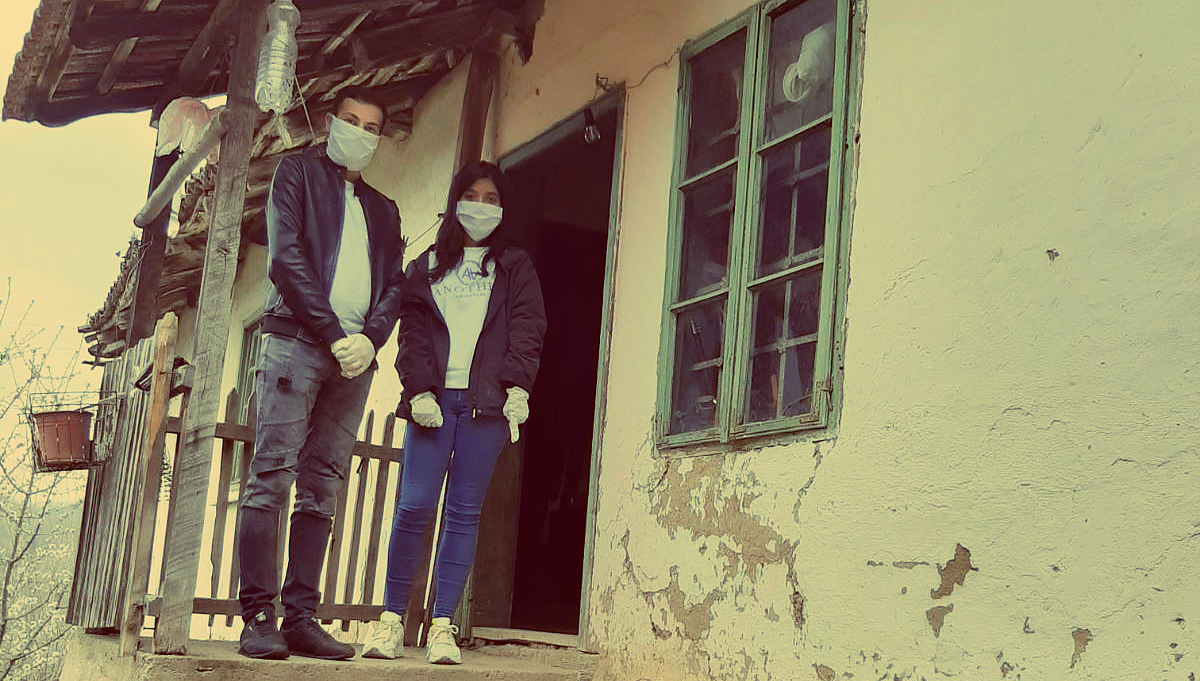 Upon the official declaration of a state of emergency, Roma activists started reaching out and assisting those in need. Even though Roma communities received a recommendation on preventive measures, it is not always possible for them to be followed in many settlements. A lack of access to clean water and appropriate sewage networks exacerbates the situation in many households. Furthermore, the crisis has substantially impacted the economic capability of the Roma, especially those who are beneficiaries of social welfare, those who collect secondary raw materials or those who carry out work in markets, in cleaning services or generate income as musicians.

The Community Action Group members and the ROMACTED support team have been actively assisting the most vulnerable families in mapping their needs, sharing information or helping with the distribution of emergency aid.

Daily information is shared with Roma communities through Facebook

Live sessions on social media have been organised on a daily basis in Southern Serbia in order to reach out to the Roma community, both within Serbia and abroad. Through these broadcasts, money has been raised for the purchase of supplies for the most endangered residents in Roma settlements in Leskovac and Niš. Co-operation in this regard has been established between the founder of ROMINFOMEDIA from Leskovac and the founder of ROMAWORLD from Niš, who is also a ROMACTED facilitator.

Activities of the Crisis Headquarters

Five crisis headquarters were immediately established in the Roma settlements of Niš, “12.. februar”, “Crvena Zvezda”, “Beograd Mahala”, “Cair Mala”, in the village of Ostrvica and in the Municipality “Niška Banja”. These headquarters were established by the ROMACTED Community Action Groups.

The crisis headquarters are in contact with local governments and relevant institutions and have already requested that the authorities provide the access to clean water and electricity. Requests were also made for the provision of food packages, as well as the distribution of protective masks.

Upon the request from Roma civil society, the City of Zajecar provided 2000 emergency packages for socially disadvantaged people. The ROMACTED facilitator, CAG members and other Roma activists were actively engaged in distributing the packages to those in need.

The Municipality Kostolac urgently provided access to water to approximately 40 households, whose members were being temporarily accommodated in Hotel Kostolac. Furthermore, the Municipality provided over 500 food packages, which were distributed with the help of Community Action Group members to the most vulnerable families in the Roma community.

On the occasion of International Roma Day, April 8, the local authorities in Vrnajcka Banja have arranged the distribution of humanitarian aid for the entire Roma community.

In Zvezdara, access to water was provided to the two most vulnerable Roma settlements: Orlovsko naselje and Lazari. A decision was made by the City of Belgrade to distribute humanitarian aid to its most vulnerable citizens and due to the initiative of a ROMACTED facilitator, the Red Cross will also distribute 200 food packages to Roma residents in Zvezdara.

The municipality Odžaci, continues to assist elderly Roma in financing and co-financing their medical prescriptions, which is of the utmost importance for those with chronic illnesses.

Due to the fast reaction of local authorities and in co-ordination with the ROMACTED facilitator, access to water tanks was provided in the settlement Berilje, which is located in Prokuplje.

Help from Roma diaspora for the most vulnerable Roma settlements

Local Roma organisations - Romans Asvi and Vranje Humanitarians from Vranje fundraised through the Roma diaspora and provided 580 emergency packages to the most vulnerable households. The Municipality of Vranje also provided an additional 200 packages, which were distributed by the Red Cross and the Center for Social Work.

The pandemic has hit the settlement of Mali Krivak particularly hard and those Roma living abroad have come together to raise much needed funds for the purchasing of humanitarian packages. Enough funds were raised for the purchase of 200 and these were quickly distributed throughout the settlement.

A substantial number of Roma activists, health mediators, local co-ordinators and pedagogical assistants continue to reach out to communities over the telephone and/or internet, with this practice being seen in Vranje, Kragujevac and Prokuplje. In the coming days, representatives of the Roma organisation ‘ROMANIPEN’ from Kragujevac, who are also a member of the ROMACTED Municipal Working Group, anticipate distribution of additional packages for people in need.

In the upcoming period, ROMACTED programme will continue to advocate and provide guidance and support to Roma communities, through synergies and communications established with all relevant actors and stakeholders, both at local and national level together with international community.