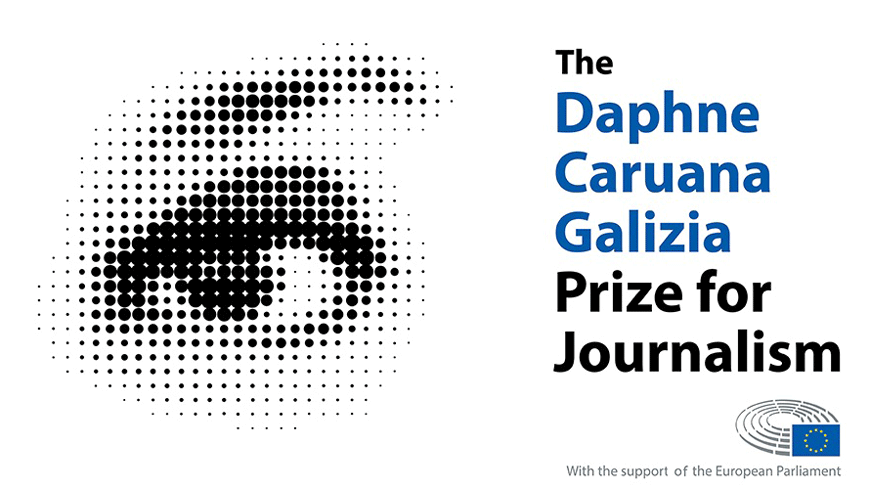 At the European Parliament seminar on media freedom organised for the Daphne Caruana Galizia Prize 2022, the Council of Europe Commissioner for human rights gave the following speech:

It is a great honour for me to be among the distinguished speakers and participants who have come together today to pay tribute to the work and memory of Daphne Caruana Galizia and discuss how we can support journalism and free media.

In my work as Council of Europe Commissioner for Human Rights, and previously as OSCE Representative on Freedom of the Media, I have witnessed first-hand how journalists and other media actors are threatened across Europe and beyond our continent.

Council of Europe member states have some of the strongest safeguards in place to protect journalists. Freedom of expression and press freedom are enshrined both in national and international laws, and international organisations have adopted a vast array of procedures and standards to protect press freedom. The ECHR and the case-law of the European Court of Human Rights grant the broadest scope of protection to individual journalists and the press.

But reality speaks of another truth. Thirteen journalists have been killed while exercising their professional duty this year in Europe, mostly while covering the war in Ukraine. Six more were killed last year, including in EU countries. This adds to the more than 150 journalists killed in Europe in the past 30 years. That means an average of one journalist killed every two months on European soil. The picture at global level is even more horrific.

While some were killed covering conflicts, many others have been killed because they were trying to bring criminal activities under public scrutiny. Just like Daphne.

Murders of journalists are the most visible part of an iceberg of risks that journalists face. They face imprisonment, legal and financial harassment, they face gender violence, online threats. Media themselves struggle to survive.  Other instances of physical violence remain a widespread threat. As if that were not enough, detention, judicial harassment, intimidations and pressure on sources also oppress journalism in many European countries. This is further compounded by the fact that investigations into murders and crimes against journalists often drag on for years and produce mixed or no results at all.

A climate of impunity inflicts additional pain on journalists and their families, shields perpetrators from accountability, and facilitates further attacks against the profession. It also violates well-established human rights obligations that require states to protect journalists’ lives. In cases where they fail to uphold this obligation, they still have the duty to carry out prompt, independent and effective investigations - which should be open to public scrutiny and accessible to the victims’ families - aimed at punishing the hitmen and the masterminds of the killings.

The recent 40 year sentence imposed on the hitmen responsible for Daphne’s murder is a step forward in the long fight for justice. But it is not enough. Now it is necessary to punish the masterminds of this abject crime and shed full light on the motives and institutional responsibility which made it possible.

Threats to journalism and journalists are numerous and widespread. Many of you gathered here today at this event have experienced the tragic loss of a colleague, a friend or a family member who was working to hold those in power to account. Some of you know journalists who have faced legal or administrative harassment or have been attacked or threatened.

All of us who are committed to democracy and free press have a duty to do everything in our power to turn this tide. The institutions that we work for and represent have a legal responsibility to protect free press. We have to join forces to keep threats to journalists under the spotlight and keep pressure on authorities to ensure protection, end impunity and improve legislation to safeguard media freedom.

In the face of mounting pressure, there is a need for stronger action to counter hostility against journalists and to remedy the structural deficiencies in state institutions that should protect them. This is crucial now. Amid the war in Ukraine and the destabilisation of democratic systems by autocratic governments, journalists risk becoming increasingly targeted by those who do not want to be held accountable.

The current situation is critical but not hopeless. If we join forces, we can help close the gap between standards and reality. We must keep media freedom and the safety of journalists high on our agenda and on those of European states to reverse the trend. We must demand stronger political will and concrete action.

Four key fields of action seem to be crucial.

A third field on which we should focus is pushing for a change in the political discourse regarding the press. As I have often stressed, political leaders, opinion makers and influencers must avoid hostile speech and actions against journalists and must condemn all attacks, physical and verbal, against them. They should protect, not hamper the work of journalists.

The fourth area concerns the support we provide to initiatives aimed at protecting journalists. I refer here in particular to police protection systems, initiatives providing psychological support to journalists and their families victims of attacks, as well as to national and international monitoring and reporting on media freedom and threats against journalists. We should better support these initiatives, share them and help them interact with similar realities in other countries and internationally, and reinforce their ability to react to threats to media freedom in a timely manner.

All these measures are within reach if there is political will. While it will probably be impossible to prevent all dangers that journalists may face in their work, states have the legal, financial and political means to reinforce the safety of journalists. International organisations should help them make better use of these means and foster stronger cooperation with civil society and non-governmental organisations working to protect media freedom.

This afternoon the European Parliament will award the Daphne Caruana Galizia Prize. Let me express my support for such initiatives because they help keep the problem of media freedom visible. They also help journalists feel that they are not alone and that international organisations do care about them.

One of Daphne’s main lessons was that we must not remain silent in front of abuses. We must speak out and confront those who use power for personal advantages. Because any time we don’t, we allow a further erosion of the democratic fabric of society.

Daphne’s professional life was also testimony of many difficulties journalists are facing: violence, harassment, denigration - aggravated by the gender dimension.

But Daphne made the choice to speak out to defend truth and justice. She chose to think and act with independence in the interest of the public good. This selfless devotion is the trademark of her life. And she was killed for that. Today, she is the symbol of the struggle for freedom, justice and accountability.

By coming here today, we are sending a clear message that we will continue Daphne’s fight and the fight of many other journalists who do not give up.

You can count on me to promote freedom of expression, the safety of journalists, and the end of impunity for crimes committed against them. This is not only a professional duty that I have, but a personal imperative that guides and motivates me every day.

We must not give up, and looking at you today, I know that we will be many in proving to those who want to silence journalists that they will not succeed.