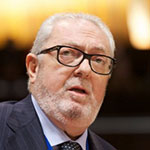 Pedro Agramunt was elected President of the Assembly on 25 January 2016 for a one-year term, renewable once. He was President of the European People's Party group in the Parliamentary Assembly of the Council of Europe from 2013 to 2016. He is Member of the Spanish Senate, heading the list for the constituency of Valencia since 1993, and Member of the Spanish delegation to the Parliamentary Assembly of the Council of Europe since 2000. He has been a member of the several Assembly committees, including on Political Affairs and Democracy; Legal Affairs and Human Rights; Migration, Refugees and Population; Economic Affairs and Development; as well as Monitoring Committee. He has produced numerous reports for the Assembly. 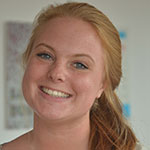 Youth representative, Vice Chair of the Council of Europe Advisory Council on Youth

Anja represents the National Youth Council of Sweden, where she has worked with European Affairs and Eastern Partnership projects on the board for the past five years. Professionally she has worked as a consultant on both national level and in a number of local municipalities focusing on the development of tools for young people’s possibility to take an active part in local and regional politics and democracy development, as well as human rights education and women’s rights issues. Anja is today a student at the University of Gothenburg, Studying European relations and affairs. 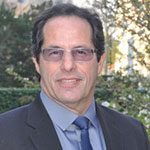 Director of the Global Education Monitoring Report, UNESCO’s international flagship publication in the area of education

Aaron joined the Report team as Director in June 2014, bringing with him decades of experience in global education policy analysis and comparative research. Previous to this post, he served as Professor in the School of Education at Albany-State University of New York, USA and consulted for UNESCO, its Institutes, and UNICEF. Aaron also bought with him an in-depth knowledge of the workings of the GEM Report team having previously worked as a Senior Policy Analyst for the Report between 2005 and 2009, during which time he contributed to the development and drafting of four EFA Global Monitoring Reports: Literacy for Life (2006), Strong Foundations: Early Childhood Care and Education (2007), Education for All by 2015: Will We Make It? (2008) and Overcoming Inequality: Why Governance Matters (2009). 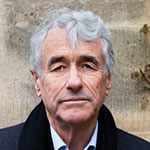 Professor Emeritus at University of Warwick

Colin Crouch is an external scientific member of the Max Planck Institute for the Study of Societies at Cologne and a professor emeritus of the University of Warwick. He has published within the fields of comparative European sociology and industrial relations, economic sociology, and contemporary issues in British and European politics. His most recent books include Post-Democracy (2004); Capitalist Diversity and Change: Recombinant Governance and Institutional Entrepreneurs (2005); The Strange Non-death of Neoliberalism (2011); Making Capitalism Fit for Society (2013); Governing Social Risks in Post-Crisis Europe (2015); The Knowledge Corrupters: Hidden Consequences of the Financial Takeover of Public Life (2015); Society and Social Change in 21st Century Europe (2016). 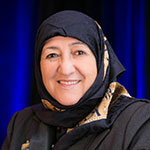 Executive Director of the Afghan Institute of Learning

Dr. Sakena Yacoobi is Founder and CEO of the Afghan Institute of Learning (AIL), a groundbreaking, grassroots organization, providing education, training, legal assistance and healthcare to 13 million Afghans and empowering women, children and communities to live harmoniously and peacefully. She has also established private schools, a radio station and a hospital in Afghanistan. Born in Herat, Dr. Yacoobi earned a bachelor's degree from the University of the Pacific and master's in public health from Loma Linda University. She has received many honors including six honorary doctorates.