Spain: Meeting on co-operation between Euro-Ibero-American Cultural Routes in Yuste 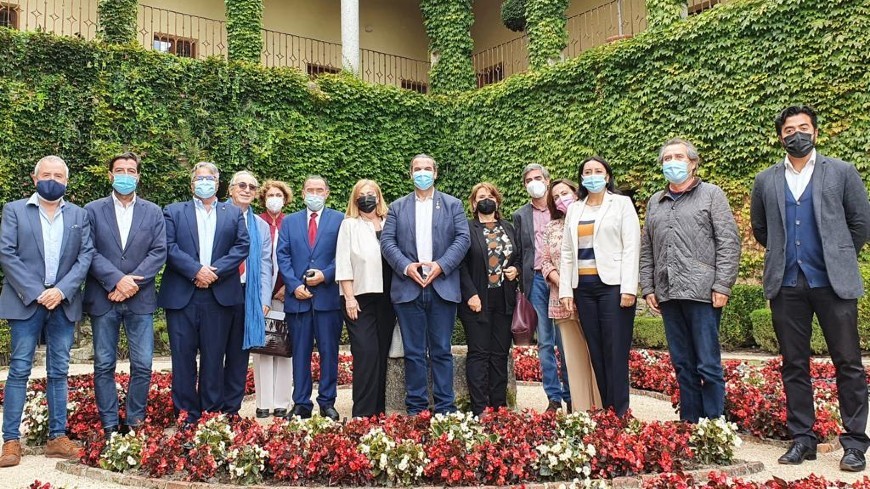 The meeting counted the participation of Mr. Stefano DOMINIONI, EPA Executive Secretary and EICR Director, and of Mr. Eladio FERNANDEZ-GALIANO, Special Advisor of the Cultural Routes of the Council of Europe programme, who addressed welcoming words to the participants and presented the Cultural Routes programme. Mrs. Natalia ARMIJOS VELASCO, Director of Culture of the Organization of Ibero-American States, Mrs. Monica GARCIA, OEI officer, and Mrs. Carolina CLARK, EICR Project Manager, attended the meeting as well. The event was also attended by Representatives of the Ministry of Culture of Spain, the European Union – Latin America and Caribbean Foundation (EU-LAC foundation), the Spanish Agency for International Development Cooperation (AECID) as well Representatives of Universities in Mexico and Spain.

The purpose of the institutional meeting was to strengthen cultural routes on both continents, to explore strategies to promote cultural routes projects in Latin America and the Caribbean, and to promote the extension of certified Cultural Routes of the Council of Europe beyond the Atlantic. A report on the topic by Prof. Jordi TRESSERRAS, Director of ICOMOS Spain, was presented. Many innovative ideas were put forward, including the creation of a Chair on Cultural Routes in Ibero-America, the enlargement of existing networks of universities working on Cultural Routes, and the development of projects in Latin America and the Caribbean.

The Organization of Ibero-American States for Education, Science and Culture (OEI), founded in 1949, is a governmental international organization for cooperation among 19 Ibero-American countries in the fields of education, science, technology and culture. The EICR and the OEI agreed to cooperate in the development of projects of mutual interest in the fields of education, science, culture and social development; the promotion of the extension of certified Cultural Routes of the Council of Europe to Ibero-American countries, the establishment of new cultural routes in the region as well as the extension of the University Network for Cultural Routes Studies to Ibero-American universities.