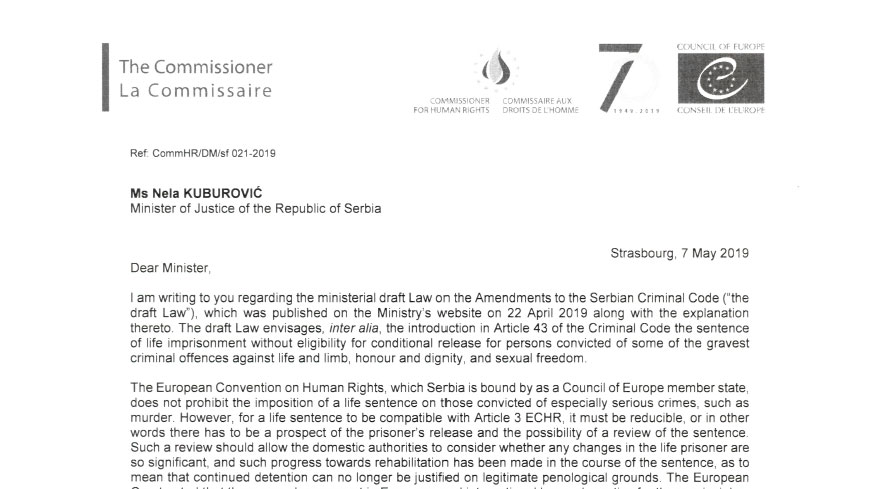 In a letter addressed to the Minister of Justice of Serbia, Nela Kuburović, published today, the Commissioner calls on the authorities to reconsider the draft legislation introducing the sentence of life imprisonment without eligibility for conditional release for persons convicted of some of the gravest crimes.

She recalls that for a life sentence to be compatible with Article 3 of the European Convention on Human Rights, which is binding on Serbia, it must be reducible, or in other words there has to be a prospect of the prisoner’s release and the possibility of a review of the sentence. The Commissioner also raises concerns about the authorities’ decision not to hold a public debate regarding the draft legislation and encourages them to do so.

“The Serbian authorities should ensure that this or any future legislative initiative of this kind is fully compliant with the case-law of the European Court of Human Rights”, says the Commissioner.