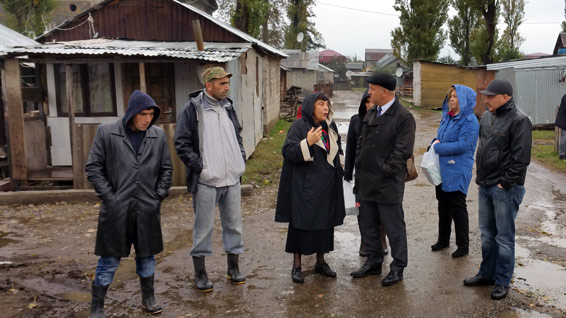 “I am heartened to see a number of positive achievements of the justice sector reforms, notably in the area of juvenile justice. It is also encouraging to see an overall decrease in  recourse to pre-trial detention, although its use remains problematic in certain cases”, said the Commissioner following his visit to Georgia from 9 to 13 November 2015 during which he followed up on the report he published in May 2014.

In spite of stronger judicial oversight, the use of plea-bargaining continues to be of concern in certain cases. In order to fully guarantee judicial independence, selection, appointment and transfer of judges should be transparent, merit-based and done in accordance with clear criteria.  Individual judges should be better shielded from internal and external interference, notably when it comes to high profile cases. The introduction of a procedure for random allocation of cases among judges would be an important step forward in this regard. The existence of a probationary period for judges and non-transparent disciplinary proceedings continue to be of concern, as this renders judges vulnerable to pressure and could undermine public trust in the system.

While the recent amendments to the Law on the Prosecutor’s Office bring some improvement to the selection, appointment and dismissal procedures of the Chief Prosecutor, more resolute action should be taken to ensure the independence and impartiality of prosecutors with a view to prevent undue political interference with their work. It is critical that the competence and capacity of prosecutors be strengthened in order to perform effective investigations in allegations of human rights violations and that transparency is enhanced in that regard.

The Commissioner is concerned about certain serious instances of ill-treatment perpetrated by the police, such as the case of Mr Giorgi Mdinaradze, a defence lawyer who was beaten by several police officers in a Tbilisi police station on 8 November. Reports about repeated abuse committed by law enforcement officers in the Kobuleti police station are also alarming. “The Georgian authorities should complete effective investigations into these cases, which should lead to the adequate punishment of perpetrators”.

Effective implementation of anti-discrimination legislation implies that both the public and private sectors abide by its requirements and that sufficient time is given to bring complaints to the courts. The Commissioner is encouraged by plans to reinforce the role of the Ombudsman in addressing discrimination and the introduction of guidelines for prosecutors on investigating hate crimes. The Commissioner welcomes the expressed intention of the prosecution to appeal the acquittal of those accused of violence during the 17 May 2013 rally in Tbilisi on the occasion of the International Day Against Homophobia and Transphobia.

The Commissioner is concerned about certain instances of intolerance against members of the Muslim community, including those which occurred in Mokhe and Kobuleti in 2014. Furthermore, some earlier incidents targeting religious minorities were reportedly not effectively investigated. “No artificial obstacles should be placed in the way of religious minorities regarding access to sufficient worshipping facilities. More should be done to effectively ensure integration and access to basic rights for members of the Roma community and the Meskhetian population”.

While in Batumi, the Commissioner visited a semi-formal settlement on the outskirts of the city called “dream town”, which is inhabited by 900 families who left poverty and natural disasters in the high mountainous areas of Adjara. They live in substandard conditions with no running water or sewage system and lack adequate healthcare and social assistance. “The authorities should take effective measures to address the basic needs of these individuals and to provide them with sustainable solutions to attain an adequate standard of living.”

Finally, the Commissioner travelled to the administrative boundary line with South Ossetia, close to the village of Odzisi. He had the opportunity to discuss the human rights situation in the conflict-affected areas with several interlocutors in Tbilisi and was informed about a number of worrying developments, including in relation to the right to education in one’s native language. “The Georgian authorities have taken a number of positive steps to improve the situation of internally displaced persons and the socio-economic conditions of those living close to the administrative boundary line, although more needs to be done to address remaining pressing issues. I was also heartened to learn about the efforts deployed to accommodate the needs of refugees from Syria, Iraq and Ukraine”.