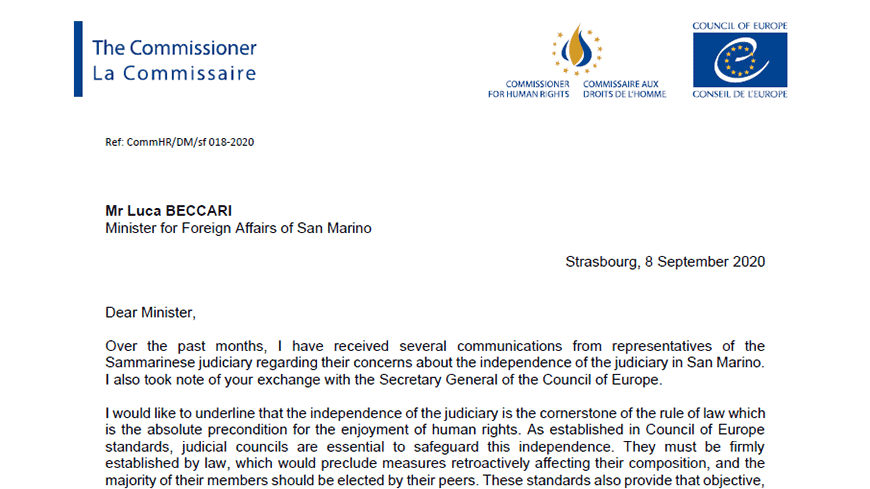 In a letter addressed to the Minister for Foreign Affairs of San Marino, the Commissioner raises a number of concerns relating to recent developments concerning the judiciary in San Marino.