français
The President of the Council of Europe’s Committee for the Prevention of Torture and Inhuman or Degrading Treatment or Punishment (CPT), Mykola Gnatovskyy, spoke about member states’ obligation to carry out effective investigations into allegations of ill-treatment by law enforcement officials at the Committee of Ministers’ thematic debate on the matter.
14/03/2019 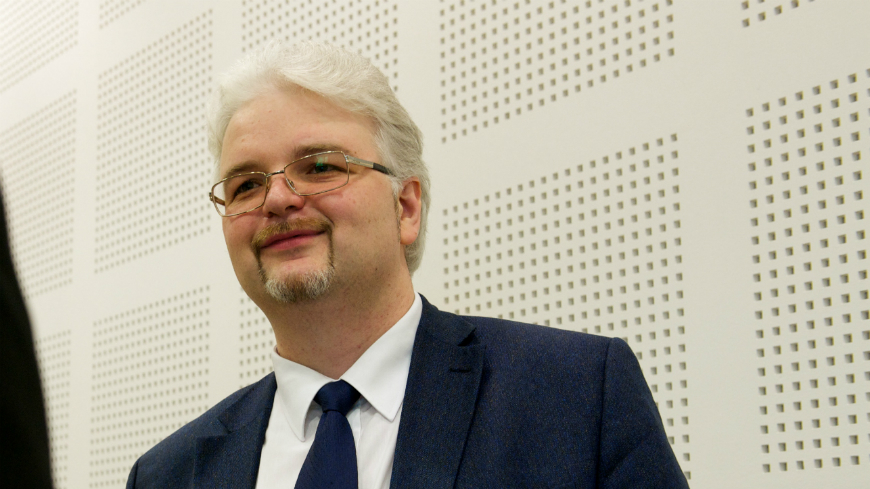 “If torture and other forms of ill-treatment of persons deprived of their liberty by public officials remain unchallenged by the criminal justice system, such conduct can easily become an accepted practice within the state services concerned”, Mykola Gnatovskyy said. “Genuine endeavours to meet the requirements established through the case-law of the European Court of Human Rights and uphold the rule of law will have an important dissuasive effect on those minded to ill-treat detained people”, he added. During his presentation, Mykola Gnatovskyy referred to examples of good co-operation between the CPT and member states on the issue of effective investigations.

This debate was organised in the margins of the Committee of Ministers’ quarterly meeting of 12-14 March 2019 dedicated to the supervision of the implementation of the judgments of the European Court of Human Rights.