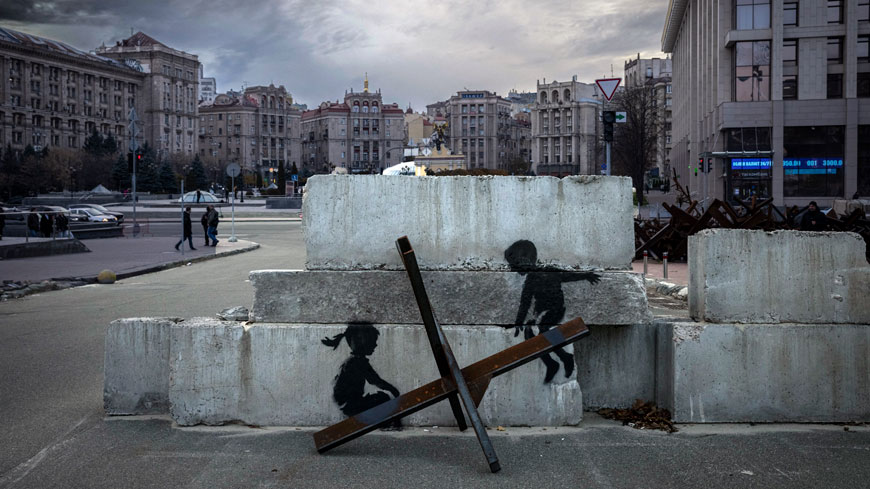 “The war in Ukraine has been devastating for children. Council of Europe member states should redouble their efforts to protect and support the children who are suffering as a result of Russia’s brutal war in Ukraine”, said the Council of Europe Commissioner for Human Rights, Dunja Mijatović, ahead of World Children’s Day 2022.

“Since 24 February,  we have received relentless reports in Europe of children being killed, injured, orphaned, and traumatised by indiscriminate or targeted attacks on civilians in Ukraine. Shelling by Russia continues to force children and their families to seek shelter in cold basements, leaving many of them without access to their most basic needs, including food, water, electricity, healthcare, and education. Millions of children have been displaced, and many have been separated from their loved ones. I call on all Council of Europe member states to make addressing the plight of all children victims of this war their top priority. This includes increased humanitarian assistance for the Ukrainian population ahead of and throughout this winter. It also means sustained, longer-term provision of dignified housing, healthcare, education and other basic needs of the children and their families for whom it may be too early yet to return home safely. Children fleeing the war should also be protected from human trafficking, exploitation, and sexual violence wherever they are.

This year we are also witnessing a new and particularly appalling effect of war on children in Europe: forcible transfers of Ukrainian children to Russia, away from their families and caregivers, as reported and documented by multiple sources. Following a legislative change to facilitate the granting of Russian citizenship to Ukrainian children, some of them have been adopted in Russia in what appears as a deliberate exploitation of these children’s vulnerability. I recall UNICEF’s guidance that children separated from their parents during a humanitarian emergency cannot be presumed orphans and are not available for adoption. For this reason, adoption should not occur during or immediately after emergencies.

The forcible transfer of protected persons from occupied territory to the territory of the Occupying Power is prohibited under Article 49 of the Fourth Geneva Convention. I have stressed before that Article 50 of that same Convention also prohibits the changing of children’s personal status, including nationality, by an occupying force.

The widespread and systematic violations of the human rights of children in the context of the war in Ukraine, including through deliberate actions that may qualify as war crimes and crimes against humanity, must be stopped and those responsible must be held fully accountable. Council of Europe member states should support every effort directed at locating and reunifying all Ukrainian children who have been separated from their families or established caregivers, in full consideration of the child’s best interests.”