Hungarian authorities should refrain from arbitrary removals of refugees, asylum seekers and migrants to Serbia and ensure access to a fair and effective asylum procedure in Hungary 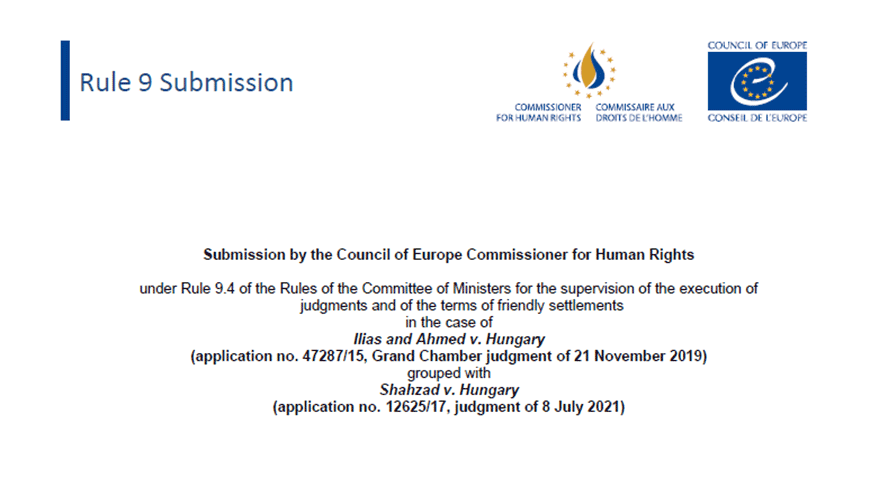 The Commissioner published today her submission to the Committee of Ministers in the context of the supervision of the execution of the judgment of the European Court of Human Rights of 21 November 2019 in the case of Ilias and Ahmed v. Hungary.

This case concerns the expulsion of applicants from Hungary to Serbia without carrying out a thorough examination of the risk of ill-treatment, in violation of Article 3 of the European Convention on Human Rights.

Commissioner Mijatović notes that access to asylum and to any form of international protection in Hungary has become virtually impossible due to multiple measures taken by the Government since 2015. In addition, the number of forced removals to Serbia has increased significantly, with over 75,000 reported cases in 2022 alone. Allegations of ill-treatment and disproportionate use of force applied in the context of these removals persist.

The Commissioner considers that the underlying issues identified by the Court have not been addressed as laws, policies and practices related to asylum and removal procedures in Hungary remain characterised by a lack of safeguards to ensure compliance with Article 3, Article 4 of Protocol 4 (prohibition collective expulsions), and Article 13 of the Convention (effective remedies). In her opinion, the Hungarian authorities should undertake fundamental and far-reaching measures to bring the asylum system in line with the country’s international human rights and refugee protection obligations, including by establishing a fair and effective asylum procedure and refraining from all arbitrary removals of refugees, asylum seekers and migrants to Serbia.