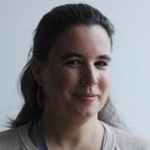 Moderator: LAB 13 - Women’s diversity: what are the interests of women of ethnic minorities and who represents them?

Gwendolyn Albert is a human rights activist who is an ally of the Romani minority. For more than a decade she has been communicating information to the Council of Europe, the European Commission, the International Federation of Gynecology and Obstetrics, the OSCE and the UN High Commissioner for Human Rights about issues affecting this minority in Europe (mainly on dignified remembrance of Romani Holocaust victims, discrimination against Romani children in education, and the forced sterilization of Romani women). Since 2004 she has collaborated with civil society organizations both domestically in the Czech Republic and internationally on a broad range of human rights issues, including cost-free access to legal aid, how to re-educate domestic violence perpetrators, and safeguarding the rights of asylum seekers.