Expert Round Table Exploring the question: Can democracy save the environment? National governments, international organisations or the citizen: who is setting the pace?

Virag Käufer was born in Budapest, Hungary. She started her career as a grassroots environmental activist, during the times when Hungary was eyeing EU accession. She is the member of the generation who had started their adult life with the promise of becoming part of Europe and realizing liberal democracy in Hungary, but soon had to face a complete U turn, and the birth of illiberal democracy under the Orban regime. Between 2010 and 2012 Virag served as a Green MP in Hungary, and was also a member of the Parliamentary Assembly of the Council of Europe. She resigned from that post when the Constitution and the rules of the parliament were overturned unanimously by the ruling coalition. Soon after that she joined Greenpeace and currently works as a strategic advisor for the European Programme since 2017. She is proud that Greenpeace played a very active role during the last EU parliamentary elections in 2019 to rally progressive voters to the polls, and contributed to the historic achievement that climate action has become the top priority for the current EU Commission. 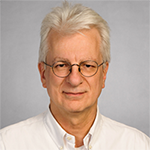 Honorary professor at the University of Lausanne, philosopher

What governing style is best placed to tackle the environmental challenge?

Dominique Bourg is a philosopher and honorary professor at the University of Lausanne. He is the director of several collections published by Presses Universitaires de France, as “Les grands textes fondateurs de l’écologie”, “L’écologie en questions” and “Nouvelles terres” with Sophie Swaton, as well as of the online review “La Pensée Ecologique”. He is or has been a member of several French commissions, such as the CFDD, Coppens Commission, National Council of Sustainable Development, and of several scientific councils: Ademe (2004-2006), Fondation pour la Nature et l’Homme (1998 – 2018 ; Paris) ; Organe de prospective de l’Etat de Vaud (2008 – 2017) ; Fondation Zoein (Genève). His research domains include the political, economic and metaphysical aspects of sustainability, the history of green thinking, green democracy as well as risks and the precautionary principle. He has been awarded the Légion d’Honneur and Ordre National du Mérite, as well as the “Promeneur Solitaire” prize in 2003 and the Veolia foundation Prix du Livre Environnement in 2015. Public or private: what role for which sector?

Aron Cramer is President and CEO of BSR, a global sustainability business network and consultancy with offices in Europe, North America and Asia. Aron works with BSR’s 250+ member companies and many other partners from civil society and government to work towards a just and sustainable world.