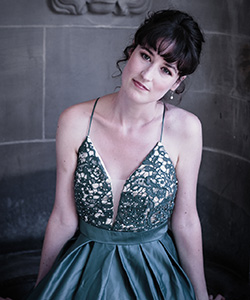 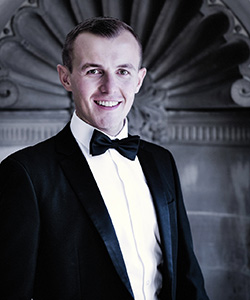 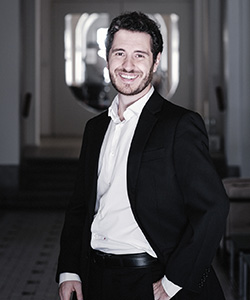 Exhibition “Democracy: a new hope?” by Cartooning for Peace

Cartooning for Peace has specially designed the exhibition “Democracy: a new hope?” illustrated with press cartoons from all over the world and presented at the Council of Europe from 7 to 9 November, it offers a retrospective of the major themes addressed over the years by the Forum.

The drawings in the exhibition will also be projected in the Council of Europe hemicycle and disseminated on social networks during the Forum. 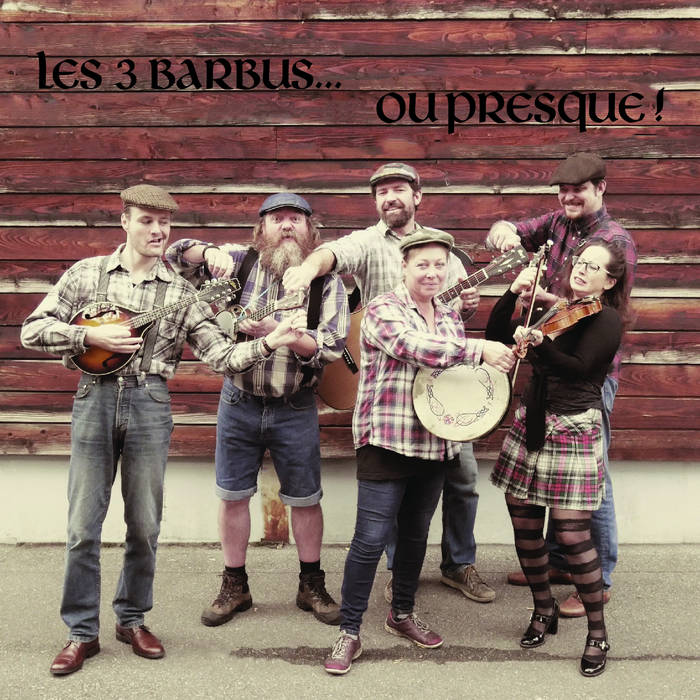 Les 3 Barbus...ou Presque ! is a group specialising in Irish songs. They consist of Dominic Burns, Fabien Gaschy and Laurent Koehler (vocals/guitars/banjo) alongside Lorène Koehler (fiddle), Rémi Studer (double bass/concertina/mandolin) and Kim-Marie Woodhouse (bodhrán/vocals). Formed in 2012 for a one off concert in an old brewery in Lorentzen they are still going strong many years later ! 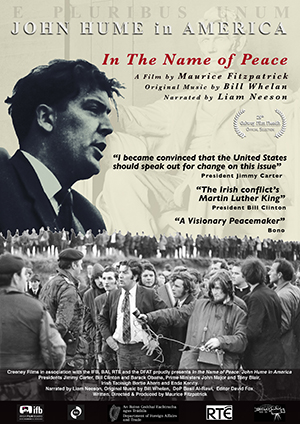 John Hume in America, is a feature documentary that shows how legendary Irish politician, Nobel Peace Prize winner and Martin Luther King Peace Prize winner, John Hume, inspired by the American Civil Rights movement, harnessed the power of Irish America and cultivated relationships with The White House and US Congress to bring peace to Northern Ireland.

John Hume was the only statesman in the history of Ireland to raise the natural goodwill of the United States of America towards Ireland to the level of international negotiation, and he did so with the extraordinary support of influential Irish-American politicians such as Speaker Tip O’Neill and Senator Edward Kennedy together with American friends of Ireland.

This film traces the growth of that support in the 1960s through to the Carter Statement of 1977, to key U.S. involvement in negotiations for the Anglo-Irish Agreement and crucial interventions at the most senior level of United States politics to secure the peace process in the north of Ireland. John Hume in America is the story of one man’s spectacular achievement through the testimonies of those who helped him and understood his objectives. Featuring two former United States Presidents, Bill Clinton and Jimmy Carter, as well as US Senators, Representatives, and American government officials, in addition to Irish and British Prime Ministers and politicians, this is a film for the United States and Ireland alike.

Narrated by Liam Neeson, with music composed by Bill Whelan (Riverdance), directed and produced by Maurice Fitzpatrick, this is an inspiring story of political courage and leadership in the pursuit of peace. 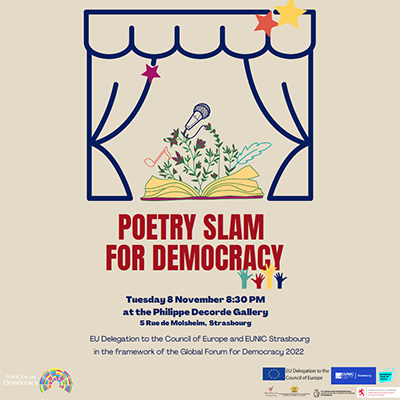 Art has the potential to move us in ways no other human expression can. On 8 November, the second day of the World Forum for Democracy, in partnership with EUNIC Strasbourg, the EU Delegation to the Council of Europe proposes an incursion through spoken word poetry into the heart of the big questions surrounding democracy today.

The energy of poetry has been one of the driving forces of liberation movements in the past, often receiving less applause than it deserved. Topics such as the decline of democracy, the shrinking space for civil society or the rise of the Internet and Artificial Intelligence as disruptive forces, can all be elaborated into poetic forms. Our poetry slam event will address these issues and others along a cultural, participatory and interactive angle, thus reflecting on the past, present and future of democracy.

Our main event for the day is a poetry slam concert starting at 20:30 pm at Galerie Decorde: a live multilingual performance by artists from France, Luxembourg, Malta and Portugal to celebrate cultural diversity and our joint commitment to democracy. It will be followed by an open-mic session where the public will have the opportunity to take to the stage and share their own work, existing or improvised. Besides the evening concert, we propose two other activities: between 9:00-11:00 a happening in the tram E leaving from Campus d’Illkirch, and a performance in the Hemicycle of the Council of Europe from 17:00 in the closing of the second day of the World Forum for Democracy.

For all three events, participation is free. For the evening concert, you should register via the following link: https://www.eventbrite.ie/e/poetry-slam-for-democracy-tickets-429173137407 or through the QR code in our poster. For the performance at the Council of Europe Hemicycle, please register via the webpage of the World Forum for Democracy.

Come join us and let’s say it all out loud in verse! 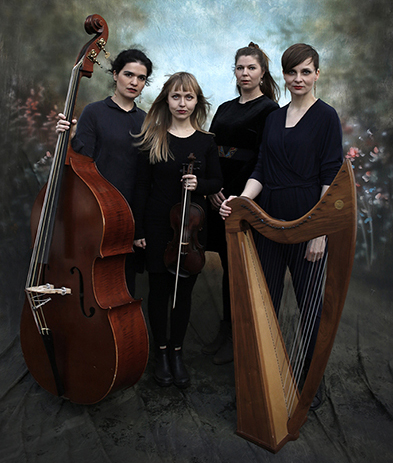 Icelandic ensemble Umbra was formed in 2014 by four female professional musicians bound together by a passion for early and new music. Umbra's vision is to craft its own musical world through a distinct sound and unique delivery. The repertoire features medieval music, sacred and secular, and folksongs from Iceland and continental Europe, performed to the ensemble's original arrangements. Umbra is critically acclaimed as one of the most interesting ensembles in Iceland, particularly for their musical ambition and outstanding arrangements in the field of ancient and traditional music.

Stand of the European Year of Youth 2022

During the World Forum of Democracy, you are invited to visit the stand of the European Year of Youth 2022, and utilise the brand new digital platform, which allows you to experience an exciting digital journey through the wishes and goals of the young generation through ‘voice recordings’. We are referring to the Voice your vision platform where you can record your messages, your views and hopes for the present and future of Europe under 9 categories including: digital, employment, inclusion, education and learning mobility, green and more. The recordings are public and can be used in learning more about young people’s wishes and ideas. Your voices will then be heard and utilised by policy makers, feeding into future policy discussions. We thus, strongly invite and encourage you to visit the stand and make your voices heard, especially in the themes that are close to you and your projects – by recording your one-minute messages in the language you feel most comfortable in (among the EU languages). The messages will be automatically translated and transcribed.

Exhibitions sponsored by the Friedrich Naumann Foundation for Freedom 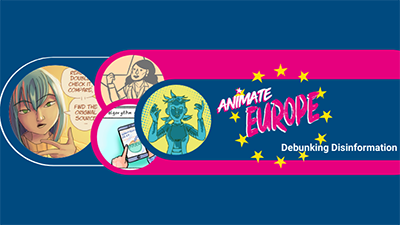 Debunking Disinformation is a new publication project that dives into common forms of disinformation – otherwise known as “fake news” – and takes us on a ride to discover its mechanisms and get a sense for its consequences, for us as individuals, for our democracies, and for a clear-headed global society. 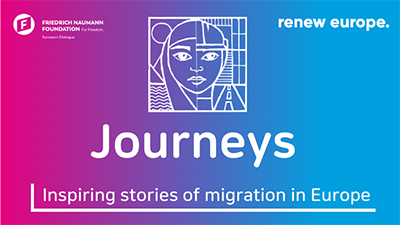 Few topics have been as divisive in recent years as migration. The FNF European Dialogue Brussels and MEP Jan-Christoph Oetjen (Renew Europe) sought out to change the narrative. We invited people to share their stories of migration with us at "Journeys: Inspiring Stories of Migration". The project is a friendly competition that aims to spread a more positive message about the many women and men who arrived in Europe. 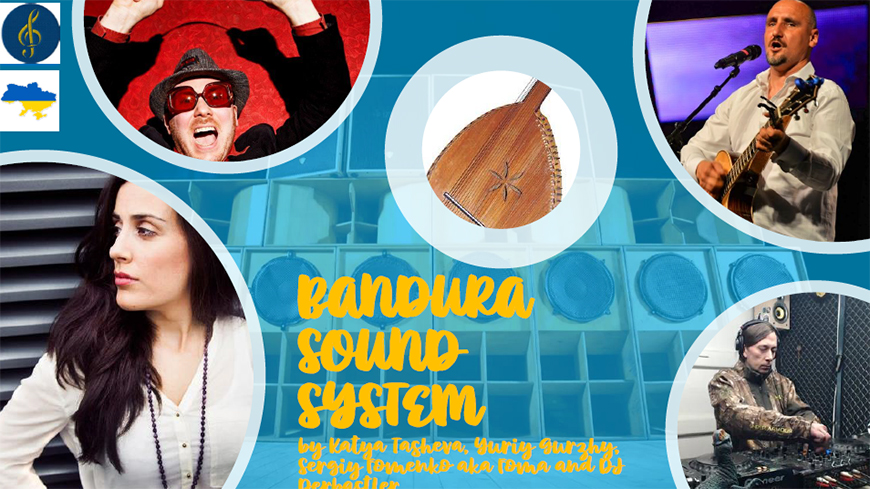 Bandura Sound System is a collaboration project of Ukrainian and international artists from Kyiv and Berlin, which is united by the common idea of humanitarian and artistic support to Ukraine in these difficult times of the war of aggression by Russia against Ukraine. The project’s name comes from the most sacred musical instrument of Ukraine in ancient times – Bandura. This instrument is a historical symbol of resistance to censorship and oppression. It is also a symbol of one’s strength and courage vis-à-vis the hardships faced by many Ukrainians, both in Ukraine and outside Ukraine, due to this horrendous war. The Bandura Sound System is a project of songs for freedom, liberty and resistance. The members of the Bandura Sound System crew are Katya Tasheva (Varna - Berlin), Yuriy Gurzhy (Kharkiv - Berlin), Sergiy Fomenko aka Foma (Kyiv) and Ivan Moskalenko aka DJ Derbastler (Kyiv).

Made to Measure is an experiment that creates the doppelganger of a person based solely on their personal online data. Five years of a person's life were reconstructed and filmed – with the original and her datafied double meeting at the end of the experiment. The documentary illustrates how a fraction of a person’s online data is sufficient to identify their interests, intimate personality traits, opinions and thoughts. It also shows the ability to predict – or even manipulate – their behavior. In the interactive documentary, viewers can experience what conclusions can be drawn about a person's character, psychology and future behaviour through algorithms and artificial intelligence. It is a unique journey into a hybrid mix of film documentary and interactive, data-based storytelling experience using data visualizations.

Made to Measure was produced by Laokoon (Hans Block, Cosima Terrasse and Moritz Riesewieck), in co-production with the OSCE Representative on Freedom of the Media and the German Federal Cultural Foundation, WDR, SRG SSR, Docmine, PACT Zollverein, Kulturhaus Brotfabrik, vorAnker, University of Applied Arts Vienna, and S+T+ARTS in Motion.